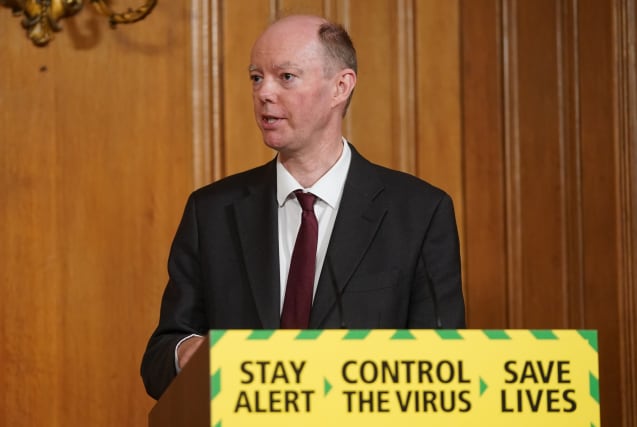 A top Government doctor has indicated regret over how officials have dealt with testing throughout the coronavirus pandemic.

Chief medical officer Professor Chris Whitty said there is “a long list, actually, of things that we need to look at very seriously” when asked whether he had any regrets about the handling of Covid-19.

He told the Downing Street daily briefing: “If I was to choose one, it would probably be looking at how we could … speed up testing very early on in the epidemic.

“Many of the problems that we have had came because we were unable to actually work out exactly where we were.”

The chief scientific officer said more information was needed to answer the same question but he did not think Government would have got everything right.

Chief scientific adviser Sir Patrick Vallance told the briefing: “There are some things that we would have got wrong and we need to make sure that we understand what they are, learn from them and get them right next time.”

The Prime Minister said he thought the question was “premature” but added “we are going to have to look back on all of this and learn lessons that we can”.

Boris Johnson said: “There are lots of things, lots of data, things that we still don’t know, and this epidemic has a long way to go, alas.”

Their comments come after an expert who advised the Government on restrictions said earlier lockdown could have halved the Covid death toll.

Professor Neil Ferguson told the Science and Technology committee: “The epidemic was doubling every three to four days before lockdown interventions were introduced.

“So, had we introduced lockdown measures a week earlier, we would have reduced the final death toll by at least a half.”