Here's why this 19th century photo is going viral 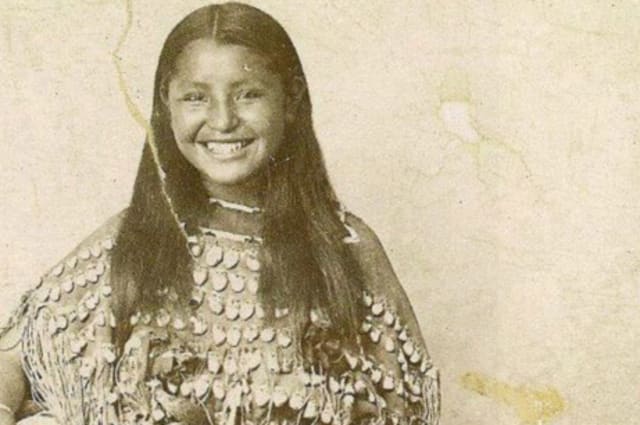 This photo of a Native American girl captured in 1894 has been going viral online.

Because the subject of the photograph is smiling.

It's a fact that most of us probably aren't aware of, but photo portraits from over 100 years ago rarely captured the subject showing any kind of emotion.

As a result, the image of the girl, named O-o-dee, has been getting a lot of attention.

Chernobyl creatives explain why cast do not speak with Russian accents

These two Maltese dogs are going to crack you up

This 2-year-old is a skateboarding pro