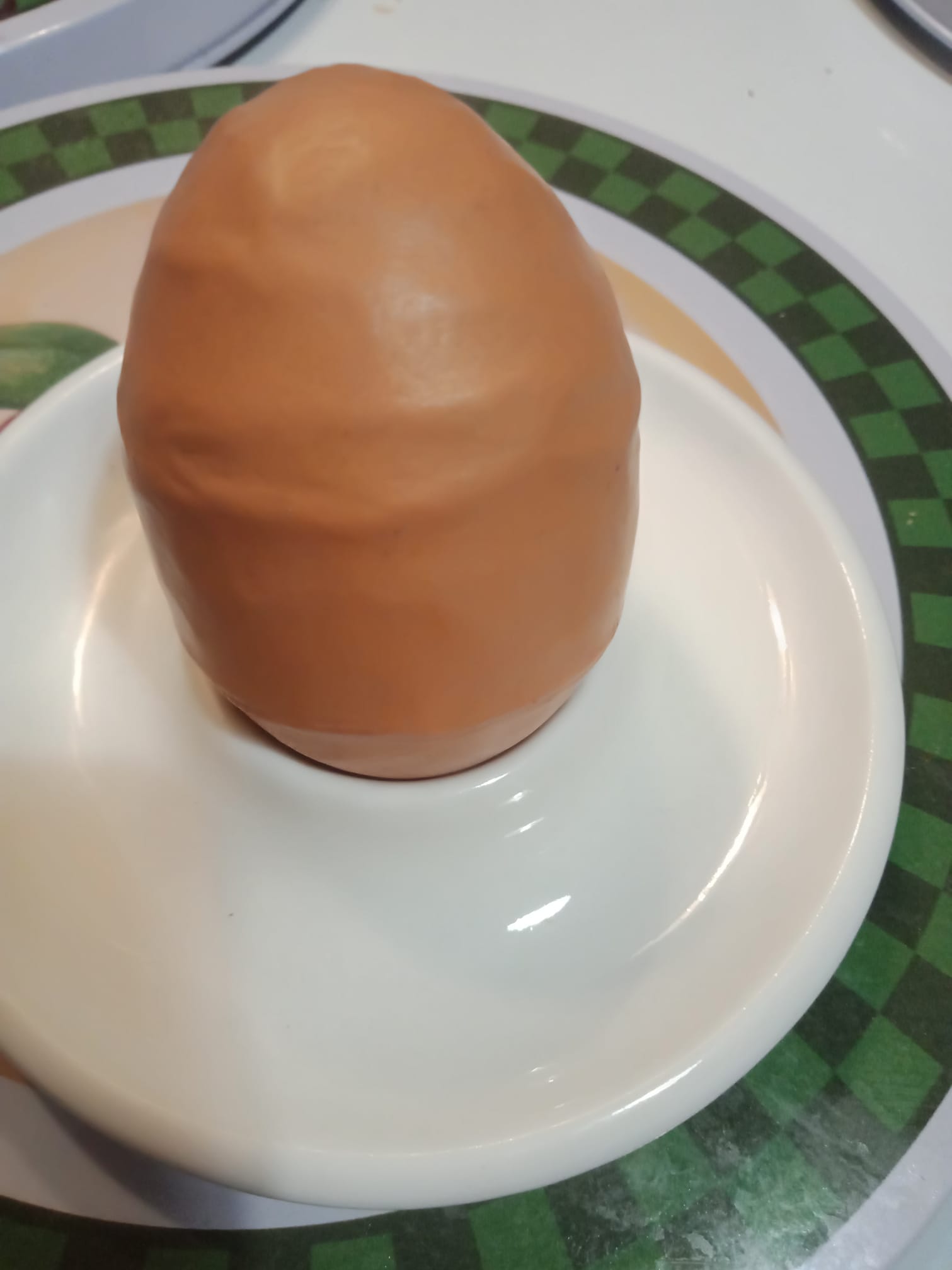 A woman determined to find out the cause of curious "ripples" in eggs laid by her chickens has been delivered a bizarre explanation for the strange occurrence.

After the Sydney woman took to a local group on Facebook for answers, many weighed in on what they thought could have caused the bumps in the egg's shell.

An image of the egg showed uneven ridges and indents around its circumference, which some thought may have had something to do with how the hen laid it.

Someone joked that the animal might have experienced a "rough labour", while another suggested the appearance of the egg was the result of it taking "roids".

One local joked the hen might have "changed its mind half way" while another joked about the animal needing its "batteries" replaced.

Among the sarcastic remarks was some egg-spert commentary, explaining the science behind the egg's rippled appearance.

"Ultrasonic vibration of eggs immersed in a liquid causes a scrubbing action on the eggshell surface," a woman explained.

"However, when eggs are subjected to sonication in a liquid, a number of physical and mechanical effects can occur. The eggshell may undergo surface erosion or thickness reduction."

This theory was reinforced by chicken expert Kassandra Smith, who said the rippled "body-checked eggs" were caused by damage inside the hen's shell gland pouch.

"Body-checked eggs are those that are wrinkled or checked in appearance. This is due to them previously being damaged while in the shell gland pouch, often from stress or pressure put on them," she wrote in an article.

"They are then repaired prior to lay, which is what gives them their slightly rippled appearance."