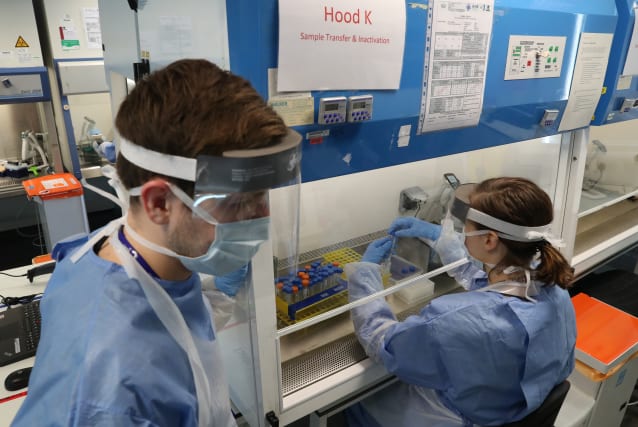 The Government is understood to be on track to meet its June 6 care home coronavirus test target, despite a survey finding some had not received testing kits.

More than a tenth of homes surveyed by the National Care Forum (NCF), which represents 120 not-for-profit care organisations, reported they had not received testing kits at the start of the week.

However, the Department of Health and Social Care (DHSC) believes it is on track to have offered testing to all care homes with residents over 65 in England by Saturday, it is understood.

The DHSC is expected to announce whether it has hit its target in the coming days.

It comes as a letter from the DHSC sent to care providers on Friday revealed plans to expand testing to all remaining adult care homes for those under the age of 65 from June 7.

Tests will be available to all residents and asymptomatic staff, the letter said.

“We expect these to be adult care homes catering for adults with learning disabilities or mental health issues, physical disabilities, acquired brain injuries and other categories for younger adults under 65 years,” the letter added.

Responding to the announcement of expanded care home testing, the Voluntary Organisations Disability Group (VODG) said it was concerned the Government was “continuing to overlook” other parts of the sector, including those in supported living.

Dr Rhidian Hughes, VODG chief executive, said: “We have serious concerns about the lack of parity in government’s approach to testing.

“Government must protect all citizens and we are concerned that its current programme continues to overlook some types of support for disabled people and the staff and carers.

“Testing needs to be made available immediately for disabled people using care services whether living in their own home or supported living and whether symptomatic or not.”

Health Secretary Matt Hancock announced his pledge for universal care home testing on May 15, saying “every resident and every member of staff in our elderly care homes in England” would be tested “between now and early June”.

In its letter on Friday, the DHSC said 919,321 testing kits have so far been provided to care homes in England and that it is able to send out 50,000 test kits a day.

The NCF said survey responses from members relating to 264 care homes indicate the Government is on course to have offered testing to all care homes with residents over 65 by June 6.

It said 87% of care homes it received responses from had received home testing kits as of June 2.

Despite the high proportion receiving the kits, the NCF said there were still “significant challenges”, with 43% of the care homes receiving void and inconclusive results and 12% still waiting for them.

Theatre performances without social distancing some way off – Culture Secretary