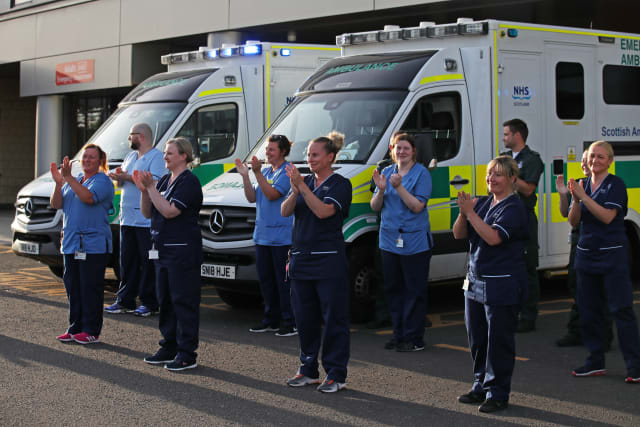 The weekly Clap for Carers event has swept the UK, a tribute that its organiser said will be the last of its kind.

The 10th event, which has taken place every Thursday since March 26, has seen millions of people across the UK line up at their doors and pavements to demonstrate their support for care staff and frontline workers.

While the event has seen widespread weekly support, organiser Annemarie Plas said that this Thursday’s event is likely to be the last, as “it is good to stop it at its peak”.

“Without getting too political, I share some of the opinions that some people have about it becoming politicised,” she told the PA news agency.

“I think the narrative is starting to change and I don’t want the clap to be negative.”

Several MPs have expressed support for the final Clap for Carers event, with Labour’s Angela Raynor calling for a “loud rowdy” tribute.

“It’s the final #ClapForCarers tonight at 8pm, let’s make it a loud rowdy one,” she wrote on Twitter.

“They have been tremendous during this coronavirus pandemic along with so many other key workers caring for the many. Some have sadly died whilst caring for us all and we shall never forget them.”

Along with widespread support, some NHS staff have expressed mixed feelings about the tribute, with some indicating that it does not go far enough to help health workers during the pandemic.

NHS doctor Meenal Viz said on Twitter: “As a doctor, I’ve appreciated your support during Clap for Carers.

“But instead of clapping tonight at 8pm, I’ll observe silence in remembrance of my 237 colleagues who have died during the pandemic.”

On Thursday evening, the Prime Minister confirmed that all five tests required for the next phase of restrictions to begin have been met, meaning that groups of up to six people will be allowed to meet outside provided they stay two metres apart.