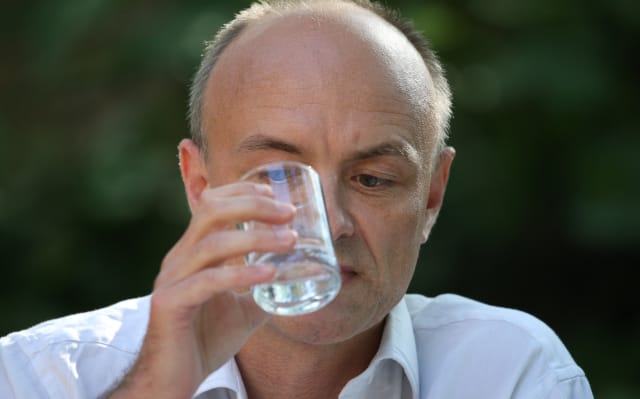 Prime Minister Boris Johnson has said that his own eyesight was affected by coronavirus, after his top aide said he had gone on a drive to test his vision after recovering from the virus.

Mr Johnson told the daily Downing Street press briefing on Monday that he was “having to wear glasses for the first time in years” after suffering coronavirus.

He added: “I’m finding that I have to wear spectacles for the first time in years – because I think of the likely effects of this thing – so I’m inclined to think there’s some … I think that’s very, very plausible that eyesight can be a problem associated with coronavirus.”

His comments come after Mr Cummings earlier told reporters that he took his family to Barnard Castle to see if he could drive safely after his illness affected his eyesight.

But the chair of the Police Federation of England and Wales took to social media to warn people not to get behind the wheel if they feel unwell or their eyesight is impaired.

Speaking at a press conference in the Downing Street rose garden, Mr Cummings said he had fallen ill with “Covid symptoms” of a headache and fever the day after arriving in Durham.

After recovering, Mr Cummings said he got expert medical advice and was told he could go back to work.

But because the virus had affected his eyesight, he said his wife did not want to risk the drive back to London and they agreed they should go for a short drive.

Mr Cummings added: “My wife was very worried, particularly as my eyesight seemed to have been affected by the disease.

“She did not want to risk a nearly 300-mile drive with our child given how ill I had been.

“We agreed that we should go for a short drive to see if I could drive safely, we drove for roughly half an hour and ended up on the outskirts of Barnard Castle town.

“We did not visit the castle, we did not walk around the town.

“We parked by a river. My wife and I discussed the situation, we agreed that I could drive safely, we should turn around and go home.”

But the national chair of the Police Federation of England and Wales John Apter took to Twitter to advise people to not drive if their eyesight might be impaired.

He added: “Folks, I say this in all sincerity and as an important road safety issue.

“If you’re feeling unwell and your eyesight may be impaired do not drive your vehicle to test your ability to drive. It’s not a wise move.

“As a former road death investigator with Hampshire police I have investigated many serious collisions, including fatalities.

“Some of these were caused by drivers with impaired vision, this is a serious issue.

“Do not drive if your eyesight is impaired or you feel unwell.”

Surrey Police’s road policing unit also tweeted that anyone concerned about their eyesight should not drive.

It added: “A driver’s vision is very important.

“If you have any concerns about your eyesight don’t drive, until you’ve sought the advice of a qualified optician.

“A driver must be able to read a standard number plate from 20 metres.”