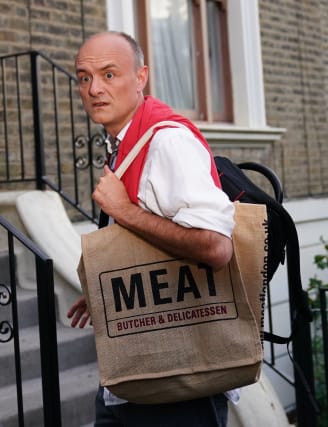 Senior Government aide Dominic Cummings made a “mockery” of healthcare planning by travelling to Durham with his family during lockdown, experts have said.

Professor Jackie Cassell, deputy dean of the Brighton and Sussex Medical School, said the rules were very clear that people should not leave major cities to go to second homes in rural areas.

This is because hospitals in less densely populated areas could become overwhelmed if people bring infections from other parts of the country, she added.

Dr Michael Head, senior research fellow at the University of Southampton, said Mr Cummings had made a “mockery” of local healthcare planning.

Their comments come after Mr Cummings sought to defend his decision to drive to County Durham despite the coronavirus lockdown restrictions, saying he believes he behaved “reasonably” and does not regret his actions.

In a press conference in the rose garden of 10 Downing Street, Mr Cummings said he made the journey because of fears over a lack of childcare if he became incapacitated with the virus, and concerns about his family’s safety.

Mr Cummings declined to apologise for his actions but conceded “reasonable people may well disagree about how I thought about what to do in the circumstances”.

Prof Cassell said NHS hospitals had ramped-up intensive care bed numbers to manage a surge in their local populations, so visitors could put extra strain on their resources.

She added: “During lockdown, and for many months ahead, we all need to protect the NHS from people becoming ill with Covid-19 in second homes.

“This could easily overwhelm the NHS in less densely populated areas.

“This is the reason for the very clear rule – which still stands – that people should not move out of major population centres to their second homes.”

Prof Cassell said as a senior Government adviser, Cummings would have known this when he took his family to his father’s farm.

She said it was “disappointing” reporters have not asked Mr Cummings about the burden on the NHS of people going to second homes.

“London has lots of ITU and hospital beds as a major population centre,” she said.

“Its residents should not be decamping to places where they might need – and in this case did need – to use another region’s hospitals and healthcare facilities.

“This is an important reason why Cummings should have stayed put and he, like all senior government advisers, will have been well aware of this.”

Mr Cummings said his son fell ill while they were in Durham and was taken to hospital, where he spent the night before being sent home.

Dr Head said: “The statement from Cummings really only reinforced his clear disregard for public health guidance, with regards these movement of hundreds of miles by Covid-infected individuals

“There are also issues of taking up emergency healthcare resource in an area of the country where you are not resident – this makes a mockery of healthcare planning where ideal number of intensive care beds are based on population numbers in the local area.”

She said on Twitter: “NHS staff and other key workers going above and beyond to protect our society.

“In our hospital we have had to make difficult decisions about dads not attending scan appointments.

“Limiting parental access to the Neonatal Unit and #cummings flouts the rules. Disgraceful!!”

Maurices Roeves remembered as a ‘dedicated and gifted actor’