Commissioner questions speed of testing in care homes in Wales 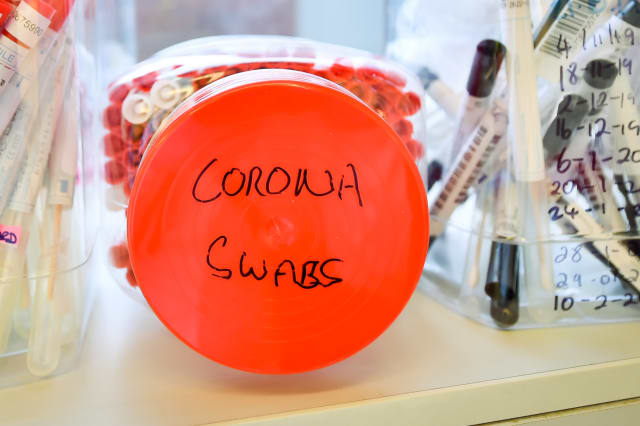 Concerns have been raised with the Equality and Human Rights Commission (EHRC) over the speed of coronavirus testing in care homes in Wales.

Helena Herklots, the Older People’s Commissioner for Wales, has called for the human rights watchdog to “examine and scrutinise” actions taken by the Welsh Government as part of a UK-wide inquiry.

She believes the rights of older people may not have been protected during the Covid-19 crisis, both in care homes and across health and social care more widely.

On Thursday Public Health Wales said a further nine people had died after testing positive for the virus, taking the total number of deaths to 1,247, while the number of confirmed cases grew by 166 to 12,846.

Ms Herklots’ comments come after the EHRC said last week that it was “deeply concerned” about breaches of older people’s human rights across the UK during the pandemic.

The Welsh Government said it had been “guided by the latest scientific and medical advice”, which had informed its testing policy.

Earlier this month, it expanded its programme to give every care home in Wales access to testing and the ability to order online testing kits for residents and staff.

Testing in Wales had been more restrictive than in England, where all care home residents and staff have been eligible for testing regardless of symptoms since the end of April.

Ms Herklots confirmed she had raised concerns with the EHRC over the Welsh Government’s handling of the issue.

“The situation we have seen in our care homes during the Covid-19 pandemic has been a tragedy, and I have concerns that older people’s rights may not have been sufficiently protected, in these settings and across health and social care more widely,” she said.

“It’s crucial that these concerns, and the concerns raised by older people, their families and care home staff throughout Wales, are investigated and I believe that the Equality and Human Rights Commission would be best placed to examine and scrutinise the action taken by the Welsh Government, as part of a wider inquiry that looks at older people’s experiences and the action that has been taken across the UK.”

She stressed that the rights of older people must “be at the heart” of any actions and decisions about care homes.

It is understood that Ms Herklots has not made a formal referral or report to the EHRC about the Welsh Government.

The EHRC confirmed it was “working closely” with Ms Herklots and others to represent the interests of older people and was “considering the use of all of our powers” to protect their rights.

A spokesman for the Welsh Government said Ms Herklots had regular meetings with Julie Morgan, the Deputy Minister for Health and Social Services.

He said the government had supported care homes from the outset of the pandemic, including free deliveries of personal protective equipment and advice about hygiene and cleaning.

“We are continuing to learn more about coronavirus with every passing week,” the spokesman said.

“Throughout the pandemic, we have been clear about the importance of being guided by the latest scientific and medical advice – this has informed our testing policy.

“As soon as the scientific advice changed to say there was a benefit to widespread testing in care homes, we took swift action.”

The spokesman said figures published by the Office for National Statistics showed there had been 3,445 deaths in care homes in Wales between December 8 2019 and May 1 2020.

Of these, 532 related to coronavirus – the lowest number in England and Wales, he added.

But Delyth Jewell, Plaid Cymru’s shadow local government minister, described the Welsh Government’s decision not to test all residents from care homes from the start as “utterly misguided”.

“The Welsh Government has a duty to publish the evidence that guided their decisions not to test everyone in care homes, and they should apologise to the families of those who have suffered because of their policy,” she said.

Dr Andrew Goodall, chief executive of NHS Wales, later responded to questions about whether the Welsh Government and the health service had put pressure on the care sector to take in patients without first testing them for Covid-19.

Speaking at the Welsh Government’s daily press conference, he said: “I just want to rewind a few weeks to where we were in terms of our expectations for what we thought we will be responding to, and to consider that we were responding to a reasonable worst case scenario telling us that we were expecting over 26,000 deaths in Wales.

“We needed to put in plans accordingly for that.”

He added: “Our approach to our health and social care system was to try to make sure that we worked as an overall system, and I would like to feel that care homes themselves are an extension of a hospital environment, and we have tried to do that.

“We have had to adapt our guidance along the way in respect of testing regimes, for example, and that will be true of both the NHS and also for social care and for care homes themselves.”