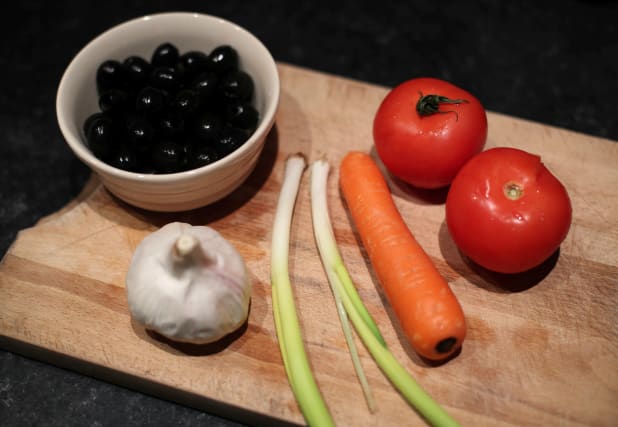 England, Scotland and Wales are in the bottom third of countries ranked by school-age children who eat at least one daily meal with their families, research has found.

Less than four in 10 girls and boys aged 11, 13, and 15 in the three countries sit down at least once a day to eat a family meal, according to a study of 45 countries in Europe and Canada.

Just a third of 15-year-old girls in England eat at least one daily meal with their families, the World Health Organisation Regional Office for Europe found.

This compares to 41% of 11-year-old girls and 39% of 13-year-old girls, while around four in 10 boys across the three age groups sat down with their families to eat at least once a day.

The International Health Behaviour in School-aged Children (HBSC) study – led by researchers from the University of Glasgow and the School of Medicine, University of St Andrews – examined data on the health behaviours, social relationships and mental wellbeing of 227,441 school children.

It also found that less than half of children surveyed in England aged 11 and 13 said they ate fruit or vegetables at least once a day.

And since 2014, it suggests there has been a significant decline in daily breakfast consumption in almost half of the countries involved.

Children from more affluent families were more likely to eat breakfast before heading to school in two thirds of the countries, it found.

The strongest inequality was found in England, where there was a 29 percentage point gap between girls eating breakfast daily who were most and least affluent.

There were also significant gender differences between boys and girls aged 13 and 15 in two thirds of the countries.

The study also found that England, Scotland and Wales are in the top third of countries for teenagers getting drunk, problematic social media use, sleep difficulties and pressure in schools.

The countries were in the bottom third for teenagers receiving family, peer and classmate support.

England was ranked third for pressure at school among 15-year-olds, with 74% of girls reporting high levels of pressure from schoolwork, and 62% of boys aged 15.

Lead author of the study, Dr Jo Inchley, from the MRC/CSO Social and Public Health Sciences Unit, University of Glasgow, and HBSC international coordinator, said: “It is worrying to see that adolescents are telling us that all is not well with their mental wellbeing, and we must take this message seriously, as good mental health is an essential part of healthy adolescence.

“Although many young people in Scotland, Wales and England are generally satisfied with their lives and are less likely to be drinking and smoking or consuming sugary snacks compared with previous survey years, this study highlights a number of areas of concern.

“Sleep difficulties are on the rise, and we’re also seeing an increase in social and emotional difficulties such as feeling low and feeling nervous.

“Compared with other countries, young people in the UK are also more likely to think they are too fat. These issues particularly affect older adolescents and young people from poorer backgrounds.”

Dorothy Currie, HBSC deputy international coordinator, University of St Andrews, said: “Schools have an important role to play in supporting young people’s health and wellbeing, so it is concerning to see that young people in the UK, especially those from more disadvantaged backgrounds, perceive lower levels of support from their classmates than their counterparts across Europe.”

Richard Crellin, policy manager at the Children’s Society, said: “It’s shocking that our children are so much less happy with their lives compared to those in other countries.

“As lockdown begins to ease, and the impact of the crisis on children’s mental health and wellbeing becomes clear, policy-makers should sit up and pay attention.”

Overall across the 45 countries, levels of obesity have risen and smoking and drinking has declined, while remaining high for 15-year-olds.

Levels of physical activity dropped in around one third of the countries since 2014, especially among boys, while around two out of three adolescents do not eat enough nutrient-rich foods.