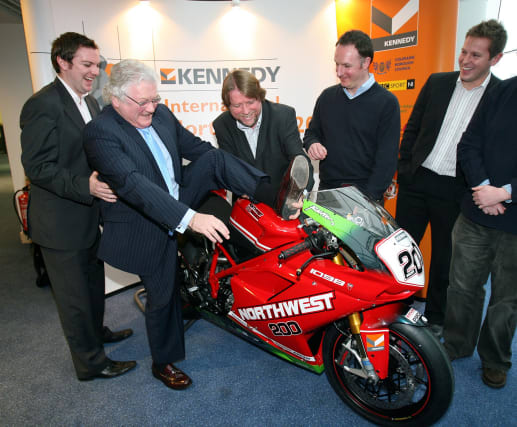 The 2020 North West 200 road races have been cancelled, the organisers have announced.

In March, the Coleraine and District Motor Club announced this year’s event, which had been due to take place between May 10 and 16, would be postponed due to social distancing regulations.

The decision has now been made to cancel the 2020 event after organisers considered “every option available to us should there be a suitable window of opportunity”.

The event is the latest in a number, including the Balmoral Show, which has been cancelled this year due to social distancing regulations.

Other road races, including the Isle of Man TT, Ulster Grand Prix, Classic TT and Manx Grand Prix, have also been cancelled.

In a statement, the Coleraine and District Motor Club said discussions had been held around the possibility of staging the North West 200 races in the autumn.

However, it said the “disruption and uncertainty” around the virus will “make it impossible to deliver the extensive planning required to run an event on the scale of the North West 200”.

“That being the case, Coleraine and District Motor Club have taken the unfortunate but responsible and necessary decision to cancel the 2020 races,” the organisers said in a statement.

“We apologise for any inconvenience this will cause for our competitors, volunteers and race fans.

“A provisional date for the 2021 fonaCAB and Nicholl Oils NW200 Race Week Festival has already been set for 9th to 15th May.

“We hope everyone stays safe and well so we can return to an even bigger and better North West 200 12 months from now.”