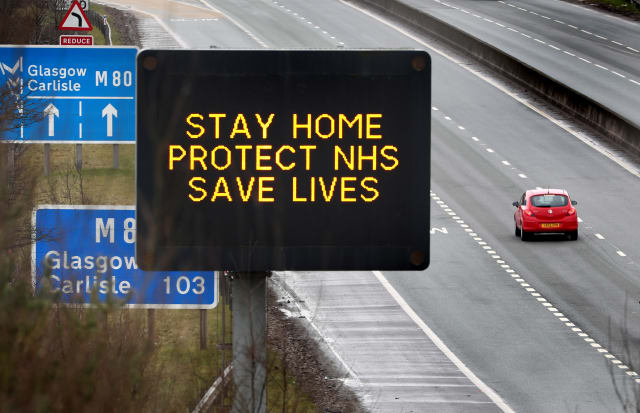 Boris Johnson risks giving people the green light to socialise and jeopardising the gains made by the coronavirus lockdown in dropping the “stay home” slogan, a scientist advising the Government has said.

Behavioural expert Professor Susan Michie, who is a member of the scientific advisory group for emergencies (Sage), said Mr Johnson’s new messaging is “a long way” from being clear and consistent.

The Prime Minister is dropping his “stay home, protect the NHS, save lives” slogan in favour of “stay alert, control the virus and save lives” as he seeks to get people back to work.

But leaders in all of the devolved nations have said they will not use the new message, which they were not consulted over.

Mr Johnson gave more detail on the new advice, saying people should “stay at home as much as possible” and “limit contact with other people”.

But Prof Michie was clear about just how important the main slogan is for guiding the public’s behaviour.

“Dropping the ‘stay at home’ message from the main slogan in favour of generalised alertness may be taken as a green light by many to not stay at home and begin socialising with friends and other activities that increase the risk of transmission,” she told the PA news agency.

“This could potentially undermine the good work over the last few weeks that has seen impressively sustained high levels of adherence by the public in what for many are very challenging situations.”

She pointed out that with hundreds still dying every day and the five tests set out by England’s chief medical officer Professor Chris Whitty not being met “this could be very damaging”.

“What has been dropped from the main message is likely to be what is remembered rather than the new words, especially by those wanting to break the guidance but so far mainly adhering,” she added.

Prof Michie, whose research focuses on the uptake of behaviour change interventions, said the slogan does not give the specifics needed to guide people to follow the aims.

“I do not think this is a helpful message in terms of guiding behaviour. It does not give advice as to what people should do – alert about what?” she said.

“The public have been consistently asking for clear and consistent messaging as to what they should and should not be doing – this is a long way from that.

“It is a great shame that the Government does not appear to be taking on board behavioural science evidence and principles of how to enable, support and guide behaviour, when there are behavioural scientists in a position to provide advice.”

Downing Street sought to explain what the “control” aspect means, saying it refers to the public’s efforts to keep the rate of infection (R) down.

“This is how we can continue to save lives and livelihoods as we start to recover from coronavirus,” a No 10 spokesman said.

“Everyone has a role to play in keeping the rate of infection (R) down by staying alert and following the rules.”

Scientists belonging to Sage, like the devolved leaders, were not consulted over the message before it was unveiled.