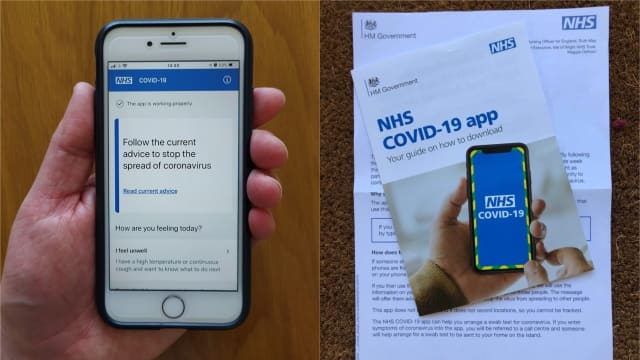 Isle of Wight residents have been getting their hands on the NHS coronavirus contact tracing app, as the island plays the role of guinea pig to the technology which is hoped to enable at least a partial return to normal life.

Homes across the island were sent welcome packs on Thursday about how to download and use the app as it was made available to the local public for the first time.

Andrew Nordbruch, the owner of an IT support and software development company in Newport, downloaded the app and was encouraged by what he saw.

“It’s so simple to use… from an IT point of view, I think the tech is really smart,” the 33-year-old told the PA news agency.

On Thursday, the Joint Human Rights Committee called for the Government to put in place effective safeguards to protect individual privacy before the app is rolled out, but Mr Nordbruch said he does not share data security concerns.

“If it required your physical location then it would definitely put people off… it doesn’t even ask for your name, it doesn’t know who you are, it just collects anonymous information from other devices that you have been near.”

Users of the app are asked to input their postcode and address and to agree to its terms and conditions before its homepage asks how they are feeling.

The app uses Bluetooth to detect when the phone has been near another owned by someone reporting symptoms of Covid-19, sending a notification to the user and offering them advice on what to do to prevent spreading the disease.

The Government says the app can also be used to order a Covid-19 swab test if you have symptoms of the virus.

It is available on Apple IOS version 11 and higher and Android version 8 and higher, but cannot yet be installed from the Huawei AppGallery.

Mr Nordbruch added that he has found the app “does not drain battery” as it runs in the background of the phone.

The app tells healthcare workers who are using personal protective equipment (PPE) to switch off their Bluetooth when donning their gear, stating that “your interactions at work should not be captured”.

“I understand this is to stop a load of false positives – people working together in a vicinity, for example a hospital, who are likely to come across someone with symptoms,” Mr Nordbruch said.

The Department for Health and Social Care did not immediately respond to requests for information about the use of the app while wearing PPE.

Diane Story, from Newport, wears protective equipment as she works with children at a hospital on the Isle of Wight. She said she is positive about using the app.

“I think it’s good to start off with, there may be a few things to iron out over time,” the 48-year-old said.

“All the people I work with have downloaded it. Just going through social media this morning I would say it’s popular and has had a good response.

“A lot of people are saying because we’re an island we’re being used as guinea pigs, but to be honest I think it’s a good idea… we’re isolated over here anyway.”

Earlier this week local parish councillor Daryll Pitcher told PA he is “greatly concerned” by the app and apparent data security risks and does not intend to download it.