Schools in Wales could reopen in June, first minister says 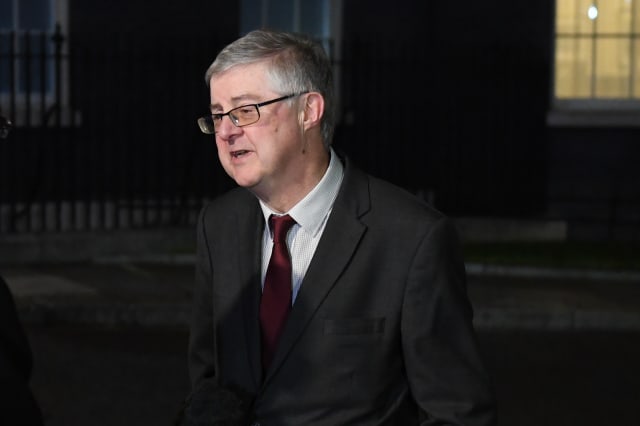 Schools in Wales could be allowed to reopen their doors next month in a phased approach, the first minister has said.

Mark Drakeford said the earliest point schools could resume would be the beginning of June, with a minimum of three weeks needed to prepare from the time it was decided it is safe for pupils and teachers.

On Sunday, Mr Drakeford told the BBC’s Andrew Marr Show: “Our advice from the trade unions and from the local education authorities is that you will need three weeks as a minimum from the point that we decide to do that, to when schools can reopen, so we are talking about the beginning of June.”

Some groups could return earlier than others, he said, using examples of year-six children who are due to move up to secondary school, and Welsh medium pupils who may not have had opportunities to use the language at home during lockdown.

“I think of this in a phased way. We’re not going to have all the children back in all the schools on the first day,” he said.

“We get those children in whom we have the greatest priority to begin with, we monitor that carefully, we add more children in as we are confident that we can do that safely.

“Over time, we will get back to something like the normal we were used to.”

Mr Drakeford also said work was under way to make sure social distancing guidance was followed and to persuade parents, teachers and pupils that the school environment was safe, saying “you certainly can’t have schools reopen as they did before”.

Responding to his comments, Eithne Hughes, director of the Association of School and College Leaders Cymru, later called for “caution” against fixing a date for school reopening.

She said: “The first minister has indicated that schools could reopen at the beginning of June. We would caution against fixing a date in stone at this stage and to make sure the conditions are right first of all.

“We are happy to plan towards a proposed date but we would urge that it is clearly stated from the outset that it is moveable if more time is needed.

“Exactly how this is managed will need to be guided by public health and scientific advice to ensure that pupils, parents and staff can have confidence that it is safe to return to schools.”

Mr Drakeford defended the decision not to extend coronavirus testing to all care homes in Wales regardless of whether there is a suspected case.

He also rejected the suggestion it was a “mistake” to abandon Wales’s 5,000 tests-a-day target in April, saying: “The feeling I had and the feeling reported to me from people in the front line is that the number itself was a distraction.

“Carrying out tests, without a purpose or a point is not a good use of the limited resources that we have.”

Elsewhere, former leader of the Welsh Conservatives Andrew RT Davies said Wales was “likely to face the brunt of the Covid-19 financial downturn” and called on his Tory colleagues in the UK Government to increase the borrowing limit available to the Welsh Government.

Current restrictions stop the Welsh Government from borrowing money to cover day-to-day spending, including for its response to the Covid-19 outbreak.

The South Wales Central AM wrote in the Sunday Times: “Any right-minded politician could use the facility to demonstrate that Wales is well and truly open for business by investing in key infrastructure projects such as the M4 relief road and Metro systems.”