Hancock: no plan for ‘blanket ban’ on elderly leaving home when lockdown eased 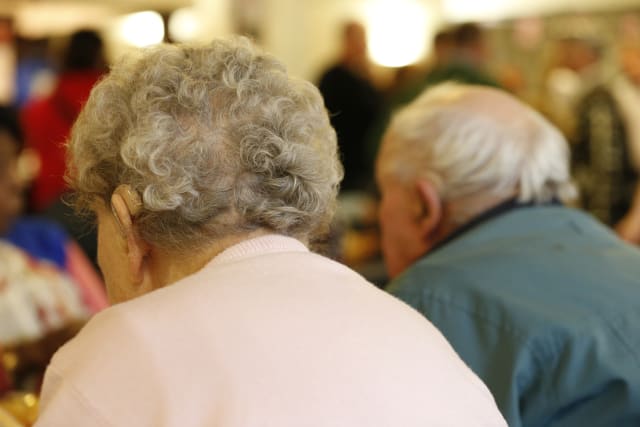 Health Secretary Matt Hancock has dismissed reports that there could be a ‘blanket ban’ on the elderly leaving home when the lockdown is eased.

He also said it was “wrong and deeply misleading” to say that people aged over 70 are regarded as clinically vulnerable regardless of medical conditions – apparently contradicting advice published on the Government’s own website.

Mr Hancock was responding to doctors’ leaders saying a blanket ban on any section of the population being prohibited from lockdown easing would be “discriminatory and unacceptable”.

Dr Chaand Nagpaul, British Medical Association council chair, said: “Any proposal to impose stricter social distancing for those at higher risk – essentially quarantining – based solely on age would be both unethical and illegal”.

Mr Hancock tweeted: “We have strongly advised all over 70s to follow social distancing measures.

“However, there is no ‘blanket ban’, and the suggestion that the clinically vulnerable “include ‘people aged 70 or older regardless of medical conditions'” is wrong and deeply misleading.”

That prompted some on social media to point to advice published on the Government website on Friday which includes the words: “Clinically vulnerable people are those who are: aged 70 or older (regardless of medical conditions)….”

NHS England’s national medical director Professor Stephen Powis said on Friday that officials will be studying whether stricter measures will or will not have to continue to apply to the elderly when the lockdown is eased.

He said: “The over-70s can be absolutely fit and healthy, it’s not the case that everybody over 70 has a chronic health condition or underlying disease.

“As we look forward… I think it’s a perfectly reasonable question to say how would that work in age groups and age bands?

“Although we do know that complications and unfortunately deaths are more common in the elderly even without complications, I think that’s for consideration and that’s work that we will need to do as we move forward.”

Any proposal to include the elderly in restrictions regardless of their state of health is likely to trigger fierce resistance.

Former minister Baroness Ros Altmann, 64, said on Sunday that using age-based criteria to lift restrictions would send a message that older people’s lives “don’t count in the same way as others”.

Comedian Sir Michael Palin, 76, agreed in a separate interview that age restrictions would be “very difficult and very wrong and very unfair”.

Speaking to Sky’s Sophy Ridge On Sunday, Baroness Altmann said: “I think using an age-based criteria is fundamentally wrong and would potentially cost the lives of many people, and risk social unrest.”

The life peer said many elderly people have only accepted lockdown conditions “because everyone else has got to do it,” and “lots of them” have said they would “risk going to prison” rather than continue isolating.

She added “nobody would dream” of applying restrictions on the basis of skin colour, despite a higher death rate among BAME people.

Speaking on the BBC’s Andrew Marr Show, Sir Michael said: “I think it’s a difficult call every time but you’ve got to be more selective here, because there are a great deal, a great number, of people in their 70s who are very active, very thoughtful, who’ve got lots of ideas, can contribute to our recovery.

“And I think that to treat them all as people who have to be sort of kept out of sight is going to be very difficult and very wrong and very unfair on a lot of people who want to help.”

Charity Director at Age UK Caroline Abrahams also spoke out against “blanket policies based on age”.

Dr Nagpaul  said: “A blanket-ban on any section of the population being prohibited from lockdown easing would be unacceptable.

“While any strategy to ease the lockdown must ensure the UK does not see a second wave of Covid-19 infection, it must also balance this with the rights and needs of individuals across the UK.”

Die Hard is the most rewatched movie of all time, study says

Learn how to turn a watermelon into a DIY juice dispenser