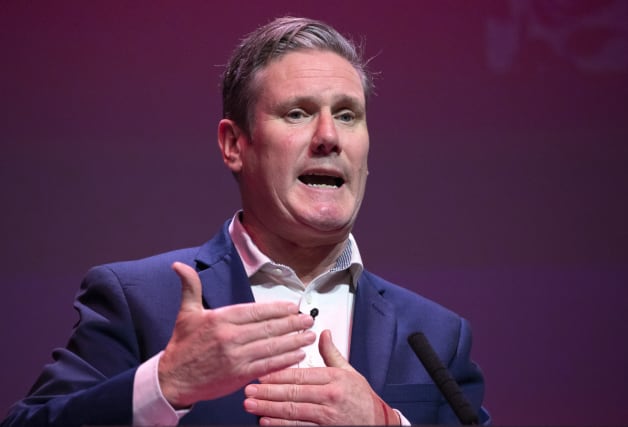 Boris Johnson has been urged to publish the UK’s exit strategy from the coronavirus lockdown to give clarity to businesses and communities across the country.

Labour leader Sir Keir Starmer said that, while there is an understanding of the need for lockdown, transparency is needed for what comes next.

In an interview with ITV News, Sir Keir also said he believes an inquiry into the UK’s response to the pandemic is “inevitable”.

“I think the Government were slow into lockdown, slow on testing, slow on protective equipment, and may now be slow on our exit strategy,” he said.

“I’ve made clear I’m not asking for lockdown to be lifted. We will support the Government on lockdown being in place for as long as is necessary.

“Nor am I pushing on a timing. What I want to know is what’s the plan for the next phase? Because we need to plan for it, decisions need to be taken now, so I’ve made that clear to the Prime Minister.”

He continued: “So far as the exit is concerned, the next phase, it’s partly scientific because of course we need to know whether the infection rate is down, but it’s partly political because the decisions will be political in the sense of do you get your schools back into operation? Which bit of your economy do you think ought to come out of lockdown first?

“These aren’t scientific questions, they’re political decisions and they need to be taken.

“The Prime Minister said he wanted transparency, so, if he’s going to have transparency, let’s see what the plan is, let’s look at it and, frankly, if we could support it, then we will, but we need to know what it is.”

He added: “I’ve been talking to businesses, to trade unions, with communities across the country – they understand lockdown, they understand why we’re staying in lockdown, but they want a conversation about what’s going to happen next.”

The Labour leader said his party will challenge the Government on where it is going wrong, but avoid attempts to score political points.

“What they want to know is are you challenging on the issues that matter in order to make a difference? Has testing gone up since you’ve been challenging? I think the answer to that is yes.

“Has protective equipment been raised as a really serious challenge? I think the answer to that is yes. So it’s constructive opposition in that sense.”

Sir Keir also said he believes an inquiry into the UK response to the pandemic is “inevitable” when the country has got through the crisis.

“I’m sure there’s going to be an inquiry, it’s inevitable at the end of all this,” said the Labour leader.

“At the moment, I think the focus should not be on whatever inquiry might be in the future, the focus needs to be on what we need to do to get through this crisis.”

On new data this week which suggests that the UK could be the worst-hit country for deaths from the virus in Europe, Sir Keir concluded: “It’s a real cause for concern because the Government’s advisers six weeks ago were saying that the hope for what success might look like would be to keep the number, the tragic number, below 20,000.

“We now know that it’s already 26,000 or 27,000 and we’re only halfway through, and therefore we run the risk of having one of the highest death rates in Europe, and that’s a serious cause for concern.”