An injured hornbill whose beak was snapped off can eat again after vets fitted a prosthetic replacement using a 3D printer.

The adult bird was found sprawled on the ground with a broken wing and its lower bill missing in Kanchanaburi, western Thailand earlier this month.

Wildlife officers are unsure how the bird was injured but believe it may have been shot or attacked by hunters or poachers then left for dead in the forest.

Vets gave urgent care to stabilise the bird but they were unable to find its missing bill. Realising it would be impossible for the bird to eat without its signature long bill, they scanned its body and used 3D printing technology to create a prototype from plastic and reattached to the bird's stump with super-strength synthetic steel glue.

Footage from the rehabilitation centre shows the bird - nicknamed Coco - now happily tucking into pieces of fruit and seeds.

Hornbills in the wild
Close up portrait of Oriental pied hornbill(Anthracoceros albirostris) with red fruit in nature
Great hornbills in tropical rainforest, Thailand.
Hornbills are a family of bird found in tropical and subtropical Africa, Asia and Melanesia. They are characterized by a long, down-curved bill which is frequently brightly colored and sometimes has a casque on the upper mandible.
Lovers of Great hornbill are cheerful
Rhinoceros Hornbill perched on a branch of tree
Closed up bizarre bird, adult male Helmeted hornbill (Rhinoplax vigil), uprisen angle level, side shot, sitting on the branch after feeding the female and young bird in the nest on the rainforest under the clear sky, Klong Seang Wildlife Sanctuary, Surat Thani, southern of Thailand.
Closeup portrait of a Great hornbil, great Indian hornbill or great pied hornbill, Buceros bicornis, bird in a green forest habitat.
Portrait of Rhinoceros Hornbill (Buceros rhinoceros).
Hornbill in Sri Lanka
Rhinoceros hornbill on a tree Borneo Island, Malaysia.
Rhinoceros Hornbill (Buceros rhinoceros) in Southern, Indonesia
Borneo exoctic great hornbill in tropical rainforest, Malaysia.
Close-up of the Hornbill, Borneo, Malaysia.
Oriental Pied-Hornbill - Anthracoceros albirostris large canopy-dwelling bird belonging to the Bucerotidae. Other common names are sunda pied hornbill (convexus) and Malaysian pied hornbill.
Silhouette pair of hornbill birds flying over the mountain top with sunray twilight cloudy blue sky at sunset,lens flare effect.
Up Next

Kanokwan Taruyanont, a vet treating Coco, said: "We used the 3D printing technology to make the pseudo-bill for the bird but unfortunately it broke very quickly, so we continued our attempts to help it."

Vets said that the first prototype of the 'pseudo-bill' was broken after only half an hour but they made a second item which was refitted. They used high tensile steel glue, which is the grey solution seen around its beak in the video. 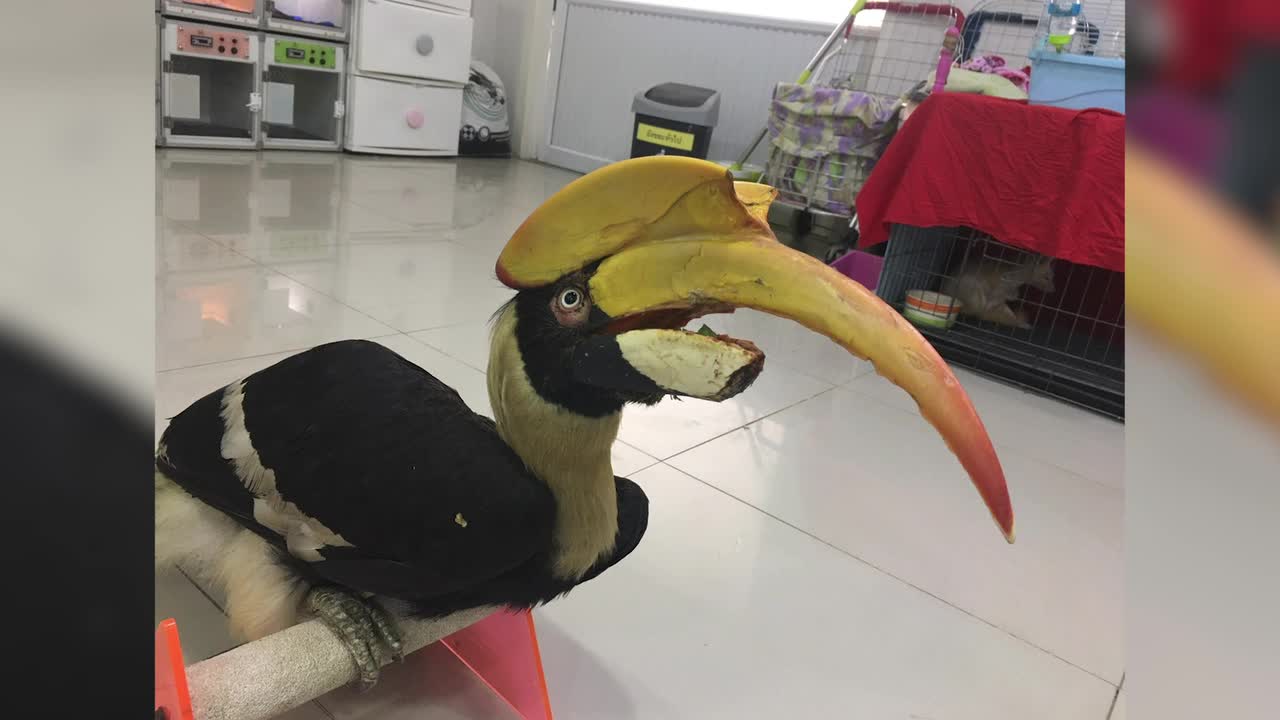 Wildlife workers are now continuing to monitor the progress of Coco as the beak could come unstuck again because of how strongly it pecks the food.

They are also looking at printing another bill with an alloy of different materials to ensure it has the best artificial limb available. 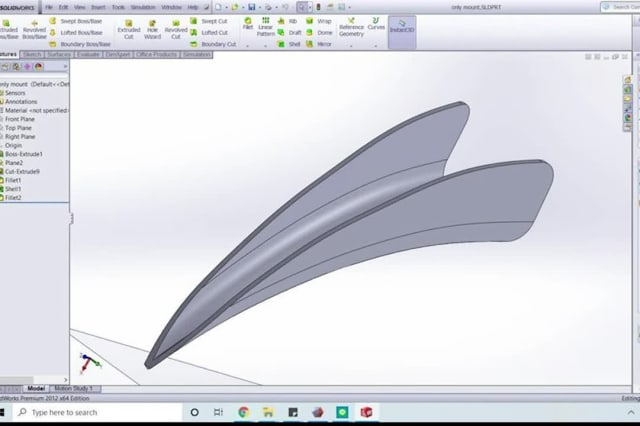 The head vet of wildlife unit at Kasetsart University, Supaphen Sripibun, said that the bird's wing condition will be more difficult to solve and it may need to remain in captivity.

He said: ''We believe the bird's wing has suffered permanent damaged in the nerves or muscles. There was no bone fracture found but the bird can't fly."

Meanwhile, the provincial National Park chief officer, Suchai Horadee, said the poor hornbill might have been shot. They are now investigating. 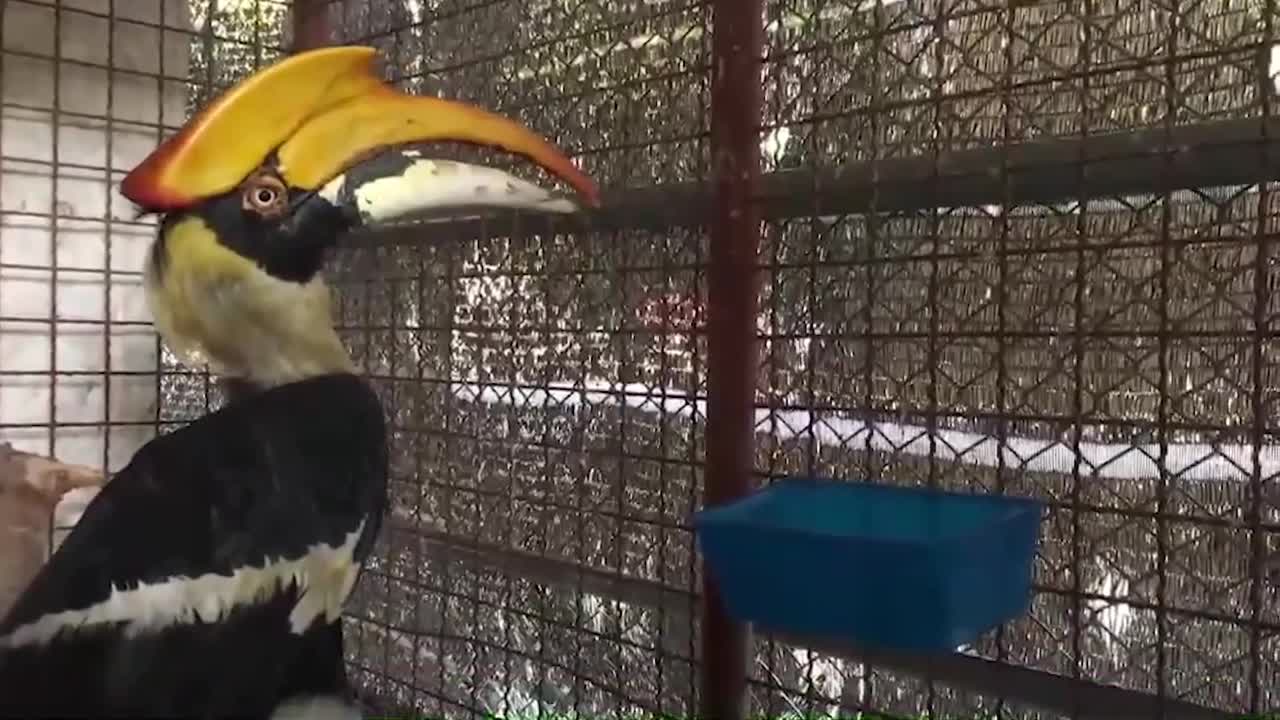 He said: "Normally, the hunters will take for the whole bird and not just its bill. But since we have not found its bill yet, we are not sure who shot it or if it was an accident.

"It may have been locals who had entered the park looking for wild plants. We are already investigating what happened with the bird and its bill."