Video and article from SWNS

This is the moment a cheeky schoolboy was caught red-handed sneaking downstairs in middle of the night to switch the house wifi back on so he could play Fortnite.

Jordan Squire, nine, is allowed to watch films on his Playstation until 9pm - when his mum Carley Dugmore, 36, turns the wifi off to stop him staying up late. 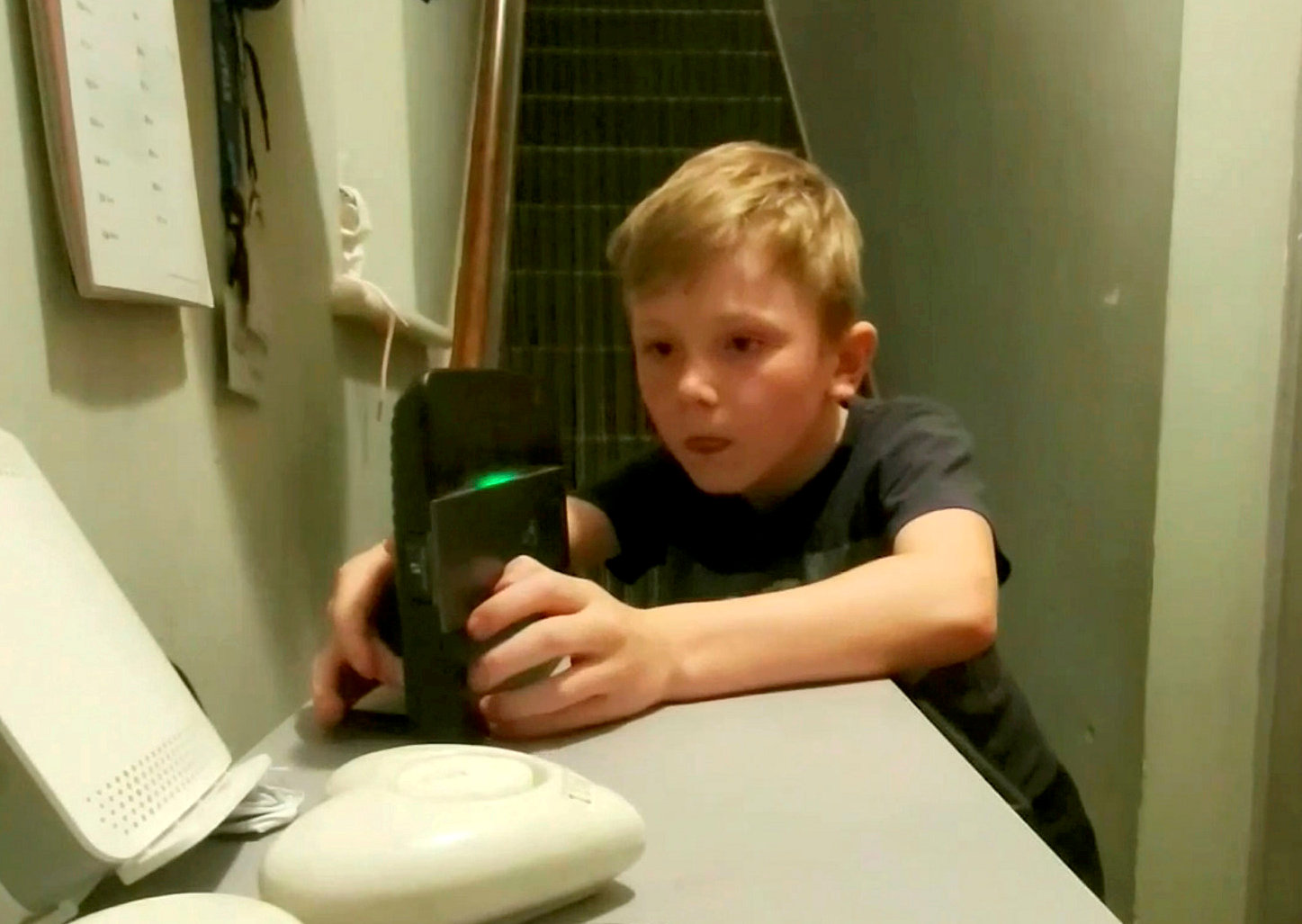 But she noticed one morning the wifi was still on and she set up a camera to find out who was to blame.

And she captured little Jordan creeping out of bed one night at 10pm to turn on the internet.

The funny clip shows him checking all around and tiptoeing down the stairs in Winkleigh, Devon, on April 13.

Carley, a teaching assistant, said: "When I went to the toilet I saw the wifi was on so I checked the video and saw he had snuck downstairs to turn it on.

"I thought the cheeky bugger! Eventually he admitted it but he was playing innocent at first. He is definitely quite cheeky,

"He is always up to mischief - always testing the boundaries.

"He is just sneaky really. If I was giving some biscuits he would always try to take the extra biscuits."

Jordan, nicknamed JJ, originally pinned the blame on his two older sisters, 11 and 15, claiming they made him do it.

But his mum did not believe this for a second and he soon fessed up. 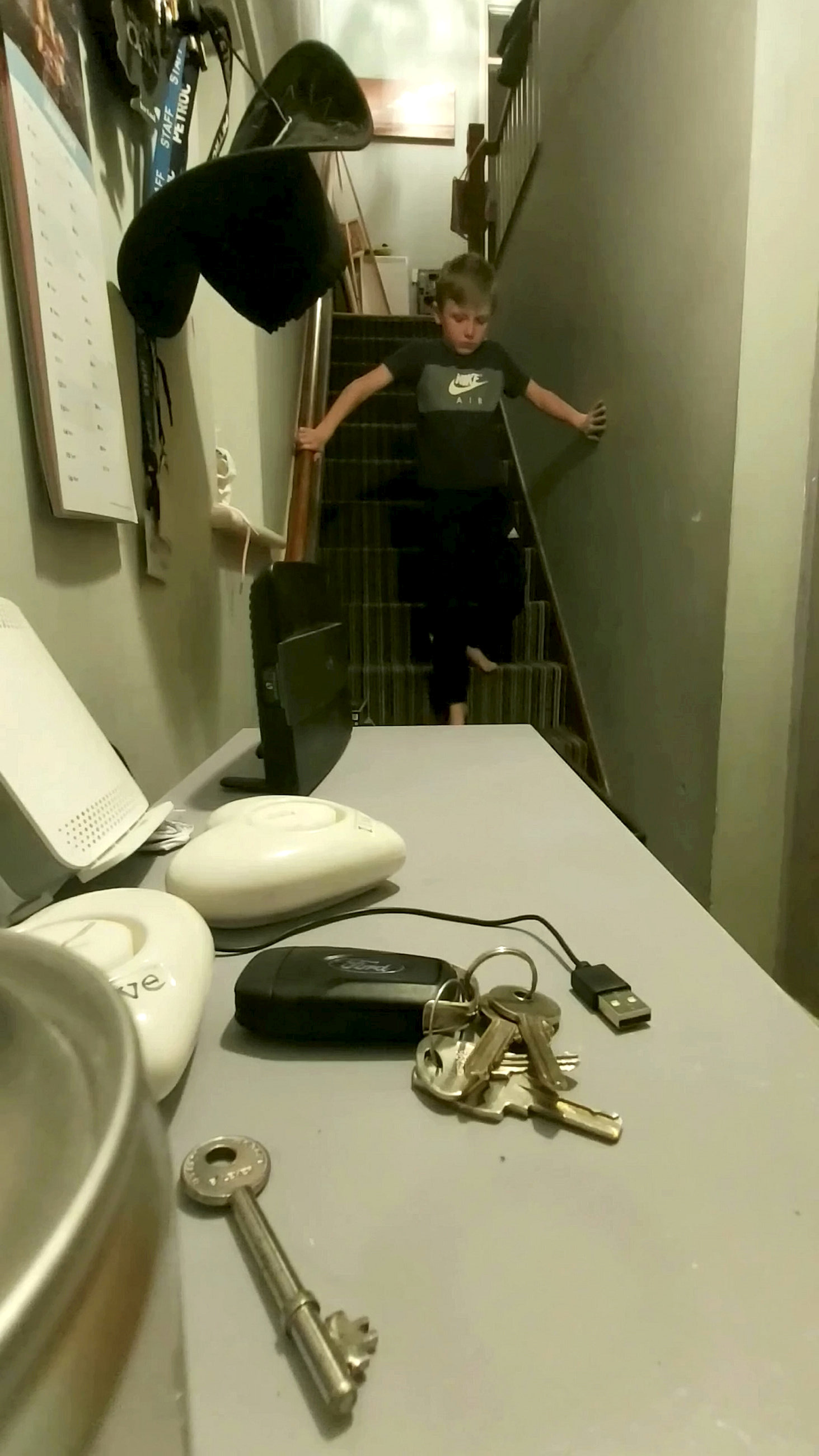 Jordan got the PlayStation for his birthday on April 4 and has been playing Fortnite with school friends he can't see due to lockdown.

Carley added: "He has got the PlayStation Network so he has been keeping in touch with people from school and he can keep in touch with friends.

"He was sitting on his computer, he was going on to the PlayStation, he was still playing on Fortnight with his friends.

"I gave him a chance to stay off it then thought the only option is to turn the wifi off."

Carley has been trying to get Jordan, who wants to play on his computer and other devices, to go outside and exercise but said it can be difficult.

"He takes a lot of convincing," she said. "He is a typical boy wanting to sit indoors and not go out and do things."