Flagship Nightingale hospital has only 30 patients amid staff shortage – claim 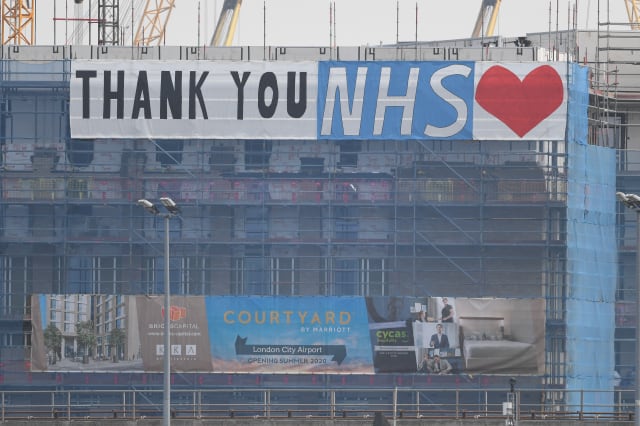 The NHS’s flagship Nightingale pop-up hospital is operating at roughly one per cent of its capacity because it does not have the staff required to expand the number of patients it can accept, a report has suggested.

The NHS Nightingale, in east London’s Royal Victoria Dock, was opened on April 3 amid much fanfare, promising to alleviate the pressure on hospitals in the city as the coronavirus took hold.

But insiders told The Independent how staffing levels had been “quite poor”, meaning it has barely been able to see more than 30 patients treated at a time.

There have been further accusations that the hospital was never designed to take the sickest patients, according to a leaked report.

Separate sources have told the PA news agency how the Nightingale had not yet seen more than one ward in use, meaning fewer than 42 patients at any time, despite having a 4,000-bed capacity.

The hospital was created in just nine days to help cope with the pandemic and was opened – virtually – by the Prince of Wales, who hailed it a “practical message of hope” for coronavirus patients during a “time of national suffering”.

Health Secretary Matt Hancock, speaking at the entrance to the pop-up facility inside the sprawling ExCeL conference venue, described it as an “extraordinary project”.

However, staff inside the Nightingale criticised the “political spin” and portrayal of the facility, which they said had given a “false perception” of what life was really like.

Anonymous sources told the publisher: “It’s pretty well acknowledged that staffing is the issue. Not many people have been able to get released from their trusts.

“There is no shortage of people who want to send patients to the Nightingale. Everyone here knows some hospitals around London are on their knees, but unless you have staff you can’t expand the capacity. That is the limiting factor.”

Another added: “The impression people seem to have gained is that we are fully staffed and have plenty of equipment. But we are not immune to the challenges of every other hospital.

“When they set this up we were talking about 7,500 patients in London needing critical care. We haven’t had to go anywhere near that. Not using it all is not a reason to criticise it.”

Staff also described how there was adequate provision of personal protective equipment, plenty of food available and good morale, describing colleagues as “positive” with a “real team effort to improve”.

That was evident when the hospital’s Twitter account published a video of staff applauding the first two Covid-19 patients to be discharged from the Nightingale on Sunday.

But an insider highlighted the hospital’s standard operating procedures, which The Independent said revealed the Nightingale was not intended to take the sickest patients in the first place.

The whistleblower said: “Patients are transferred out when they are no longer safe to be on an anaesthetic machine.

“It was a little disingenuous to say that the patient on Sunday was our first to leave the Nightingale.

“There were a number of patients who left before the weekend as transfers to other units because the patients were too sick to remain here.”

Earlier this week the Department of Health and Social Care denied a report in The Guardian that patient transfers to the NHS Nightingale in London were rejected due to a lack of nurses.

The Guardian said applications by several London NHS trusts to move patients to the new facility in Docklands were rejected as there were too few nurses to treat them.

The DHSC said this was misleading, while NHS London insisted there was spare capacity in the capital’s critical care network.