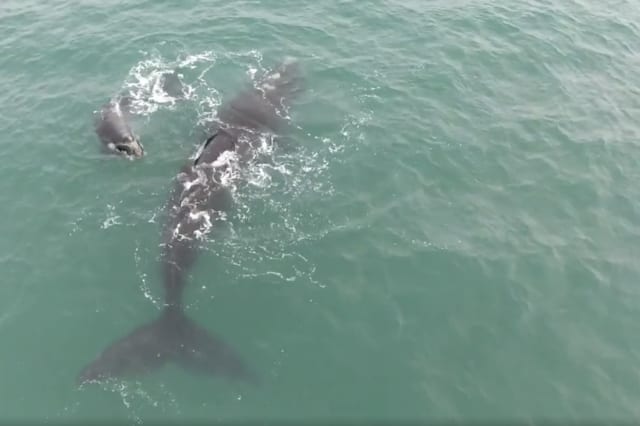 A drone photographer captured a playful moment between a Southern right whale mother and its calf near Mossel Bay, South Africa.

Footage from above shows the whale and calf, who have patches of white on their skin, swim and interact with each other.

The filmer explained that the mother and calf will spend a year together on the Whale Route of South Africa.