Why we might have passed a peak in coronavirus deaths 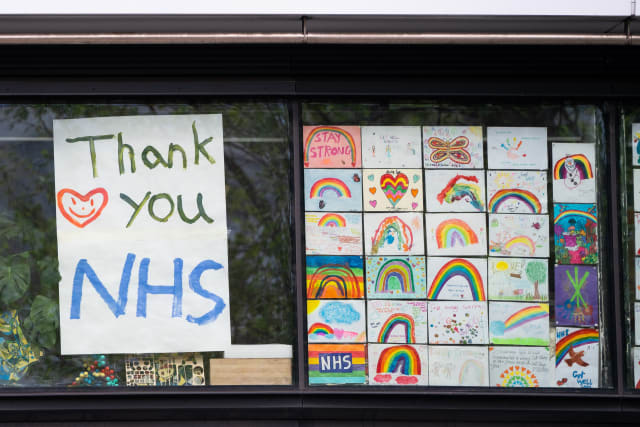 Knowing when the number of new coronavirus-related deaths in the UK has peaked is key to understanding how we are doing in tackling the pandemic.

But to do this, we need to know precisely when those deaths are taking place – information that is not included in the running total announced by the Department of Health and Social Care.

Helpfully, NHS England publishes figures every day that show the number of deaths in hospitals in England, together with the date on which they occurred.

It is one of the most valuable sources currently available for understanding when coronavirus-related deaths are taking place – even though the figures are only for deaths in hospitals in England where a patient has been tested for Covid-19.

As such they give us a good indicator of the day-to-day growth in the number of deaths – offering a clue as to whether growth is accelerating, flattening or even slowing down.

For the past week or so, these figures have continued to suggest that April 8 saw a peak in the number of hospital deaths in England.

In today’s figures from NHS England, which cover the period up to 5pm on April 20, a total of 815 deaths are recorded as having occurred on April 8.

These totals are revised every day to incorporate deaths that have taken several days or even weeks to be confirmed.

Reasons for the lag include the time it takes for deaths to be confirmed as testing positive for Covid-19, for post-mortem tests to be processed, and for data from the tests to be validated.

Yet even with these delays, the figures remain one of the most useful sources for analysing the dates of when coronavirus-related deaths are taking place.

And over the past week they have repeatedly shown that, despite the daily revisions, the total for April 8 remains the highest.

It seems clear that April 8 can now be treated as a peak in the number of hospital deaths in England.

Professor Sir David Spiegelhalter, chairman of the Winton Centre for Risk and Evidence Communication at the University of Cambridge, said the latest data “clearly shows we are in a steadily, but rather slowly, improving position since the peak of deaths on April 8”.

“But, judging from the experience in Italy, this could be a lengthy process,” he warned.

This will be the next test: whether the peak on April 8 is the one and only peak of the pandemic, or whether further peaks are on their way.

Crucial will be whether the number of deaths per day continues to fall during the next few weeks.

If the number plateaus, or even starts to rise, it could suggest a second wave of infections and deaths is approaching.

Professor Carl Heneghan, director of the Centre for Evidence-Based Medicine at the University of Oxford, said another clue is the proportion of people being admitted to hospital.

“If – over the next two to three days – it continues to drop, that will tell us the peak is over,” he said.

But he warned there could be a lag in the number of deaths in nursing homes, where figures could continue to rise even if deaths in hospitals start to decrease.

“The proportion of deaths in nursing homes could have a considerable lag going forward,” he added.

Separate figures published weekly by the Office for National Statistics, which include all mentions of Covid-19 on a death certificate – both inside and outside hospitals – will provide further evidence of whether April 8’s peak has been mirrored across the wider community.