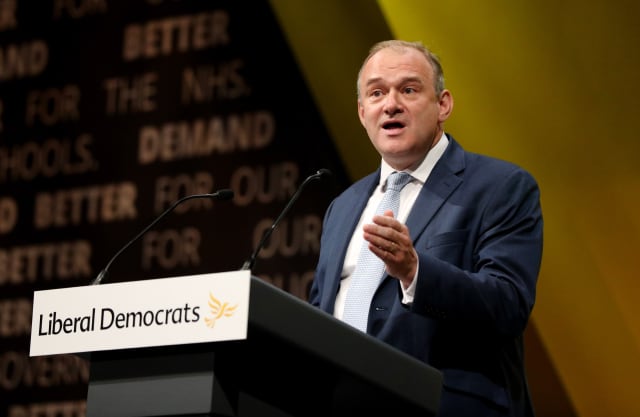 An independent inquiry must be held into the Government’s “shocking failures” and “slow response” to the coronavirus crisis, the Liberal Democrats have said.

Sir Ed Davey, the party’s acting co-leader, called for the fact-finding mission to have the “strongest possible powers” in order to “get to the truth” over Boris Johnson’s efforts.

The Prime Minister, who is recovering from a severe case of Covid-19, has faced allegations of being slow to act in imposing a lockdown on the UK as other countries took the drastic measure.

The Government has also been dogged by allegations of NHS staff and other key workers facing shortages of personal protective equipment (PPE), as it grapples with the pandemic.

Sir Ed said: “Once we are through this crisis, there will of course need to be an independent inquiry to officially review the Government’s response to the pandemic, so we can learn the lessons.

“The inquiry must have the strongest possible powers given the shocking failures on protective equipment for staff and the slow response of the Government – to get to the truth and to give Boris Johnson the opportunity to answer the increasingly serious questions.”

A Government spokeswoman insisted the current focus must be on tackling the crisis and paraphrased Cabinet Office minister Michael Gove.

“As the Chancellor of the Duchy of Lancaster set out on Sunday, at some point in the future there will be an opportunity for us to look back, to reflect and to learn some profound lessons,” she said.

“But at the moment, the most important thing to do is to focus on responding to the current situation.”

With the number of patients dying in UK hospitals after testing positive for coronavirus hitting at least 17,337, the Government was facing questions over whether testing could be ramped up sufficiently.

Fewer than 20,000 tests were carried out in the 24 hours up to 9am on Monday despite ministers committing to get that number to 100,000-a-day by the end of the month.

Health Secretary Matt Hancock was also forced to deny that it was a “political decision” not to take part in an EU scheme to secure vital equipment, as medics continue to call for more PPE.

The TUC federation of trade unions earlier called for an independent inquiry into the Government’s handling of the issue to be mounted before the end of the year.

General secretary Frances O’Grady said: “Every day frontline workers are being forced to risk their lives because they don’t have the proper protective equipment.

“This is a grotesque failure of planning and preparedness. It must never be allowed to happen again. Our NHS, social care and key workers deserve better.”