People need to know ‘there is light at the end of the tunnel’, says Labour peer 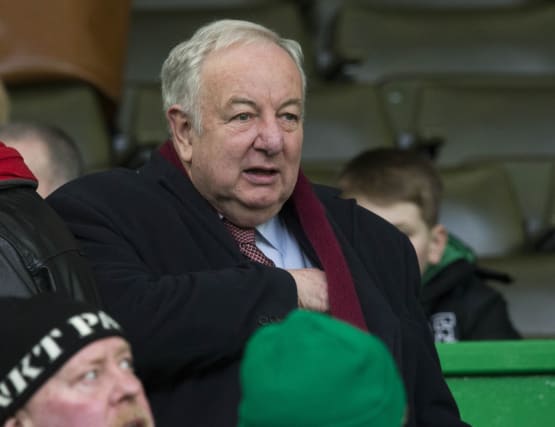 A veteran Labour politician is to press the UK Government on its Covid-19 exit plan, saying the public need to know “there is some light at the end of the tunnel”.

Labour peer Lord Foulkes will raise the issue with ministers when the House of Lords stages its first virtual sitting on Tuesday.

He accused UK ministers of “avoiding the issue completely” when asked about a possible exit from the lockdown.

The former MSP said Nicola Sturgeon’s Scottish Government is performing better on the issue after the First Minister pledged to treat the public like adults when setting out how restrictions could be eased.

Ms Sturgeon, speaking on Monday, told Scots: “You all watching this are grown-ups so you can be trusted with the information that is guiding us, and we will discuss this in a very open and inclusive way.”

Lord Foulkes told the PA news agency: “I think for once, which is unusual for me, the Scottish Government has given the right signals.”

While he stressed the public must continue to remain at home as part of efforts to curb the spread of Covid-19, he said the UK Government must provide people with the “assurance that they have a plan”.

He said: “My concern is the Government appears to be treating the public as if we are all stupid and we can’t deal with two messages at the same time.

“They think if they start talking about the arrangements, the timetable, for an exit strategy it will undermine the message of staying at home.

“I think that is the opposite of the truth. The reality is that if we know the Government is giving serious and sensible thought to an exit strategy people will be more inclined to stay at home and continue with the lockdown.”

The peer, who will ask ministers when they expect to announce the arrangements and timetable for the removal of coronavirus restrictions, argued it is important to show people there is “light at the end of the tunnel, so that they know what they are doing is worthwhile”.

With the lockdown already extended for at least a further three weeks, he said: “We know we are in it for three weeks but what we need to know as well is that if during those three weeks, and any other period (of lockdown), work is being done on the arrangements for lifting it and getting back to normal.

“That will give people hope, knowing that there is some light at the end of the tunnel and that eventually, bit by bit, we will get back to normal.

“But we need to know that is being dealt with by the Government.”

He praised staff at the Lords for the working “behind the scenes” to ensure peers can sit virtually on Tuesday.

The Labour group in the Lords has already met twice by Zoom, he said, adding at the first meeting “we had 77 Labour peers participating, which is actually more than turn up in London”.

Victoria Beckham ‘so happy’ to have son Brooklyn back home

Dominic West says he once spent a night homeless in London

The world’s tallest hybrid timber tower will be built in Sydney, Australia