By Morgan Greenwald, In The Know

A Reddit user came up with a genius way to a thief.

On April 16, the user — who goes by TheLastDeBarge — shared their tactic to the website's r/funny forum.

On the outside, there appears to be an Amazon package on the person's front porch in the photo. However, inside that package is actually "days' worth of dirty nappies" plus a note that reads "stop stealing!" 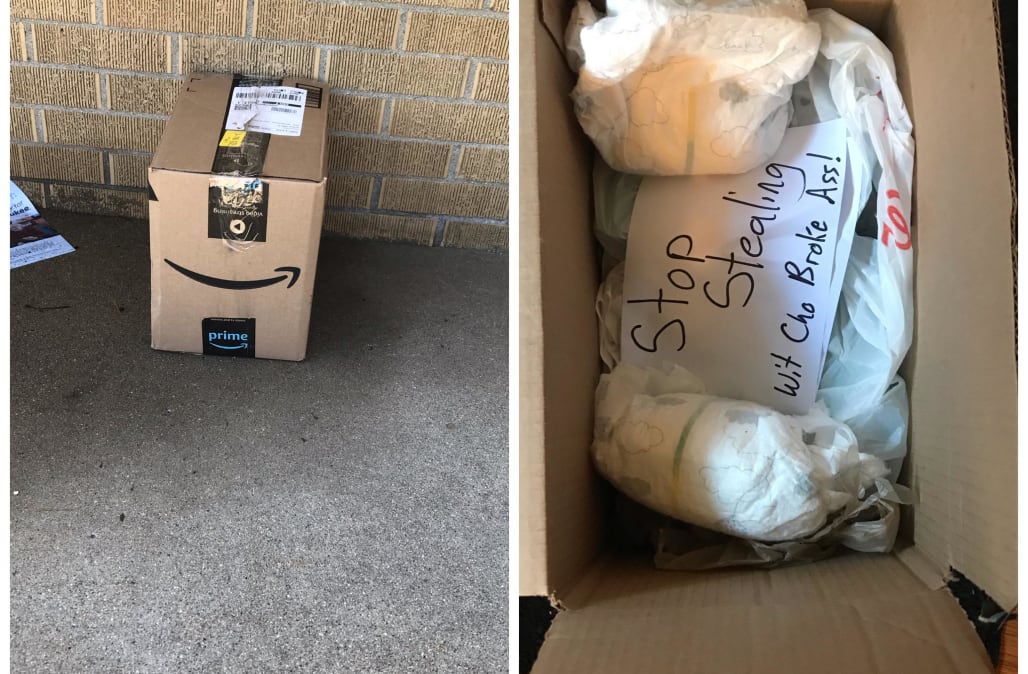 In less than 24 hours, the post has already received more than 98,000 upvotes. In the comments, people are also applauding TheLastDeBarge's creativity and scolding the thief.

"I love it. Thieves deserve everything coming to them," one person said.

"Thanks for the idea," another person wrote. "Gonna be saving the super stinky nappies too."

To avoid this issue down the road, many users have suggested installing a front porch camera.

"We had this problem at our last house, it suddenly stopped when we installed a doorbell camera," one person noted.

"Put a huge obvious security camera in use, sign up at eye level where the packages get put," another user added. "I had a camera installed, but the thefts finally stopped after the sign went up. Criminals don't want to be filmed."

If you enjoyed this article, check out this video of a dog stealing packages!

These trendy temporary tattoos will transport you to the '90s

This best-selling attachment turns your porcelain throne into a bidet