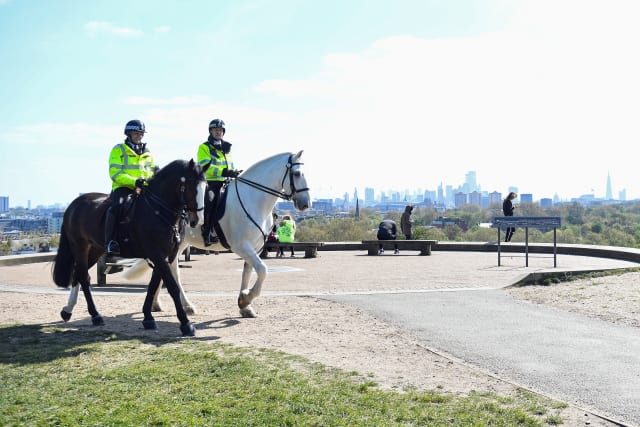 Three men were given extra jail time after being wrongly convicted under new coronavirus laws, an investigation by the PA news agency has revealed.

Patrick Ward, 31, Jonathon Ward, 24, and a 30-year-old, who cannot be named for legal reasons, each pleaded guilty to a Coronavirus Act 2020 offence at Coventry Magistrates’ Court on March 30.

All three were jailed for three months and fined for fuel thefts in Warwickshire and handed an extra £100 fine and a one-day sentence for the Coronavirus Act offence.

The Crown Prosecution Service said on Friday: “The incorrect coronavirus-related offence should have been withdrawn at court before a plea was entered.

“We have asked the court to relist the case and will seek to have that conviction and sentence set aside.

“All three men pleaded guilty to other offences and were given prison sentences and these are unchanged.

“We are working with all police forces to make sure the new Coronavirus Act and the regulations are being correctly applied in these challenging times.”

Police have been given new powers to break up gatherings and fine people breaching restriction of movement rules under the Health Protection Regulations 2020.

The Coronavirus Act allows officers to remove or detain a “suspected infectious person” for screening and assessment with “reasonable force” if necessary.

Warwickshire Police said five other charges under the Act, which are yet to go before the courts, have been dropped.

Assistant Chief Constable Debbie Tedds said: “Our initial interpretation in the first few days of the legislation being in place saw us charge a small number of people with Covid-19 related offences alongside other criminal matters.

“We have since revised our position following national guidance being issued providing greater clarity and consistency nationally.

“While we are no longer bringing separate Covid-19 charges alongside other criminal matters, we are citing any breach of the restrictions as aggravating factors of the original arrestable offence.

“For the small number of cases where individuals were charged with a Covid-19 offence alongside other offences, we are seeking for those to be discontinued in keeping with this approach.”

PA first learnt of the case two weeks ago, but the mistakes were only admitted, and action taken, following repeated questions to Warwickshire Police and the CPS.

“These are serious institutional failings that undermine trust in the rule of law, yet it seems lessons aren’t being learnt.

“Police chiefs and the CPS need to take more serious action to prevent the pandemic becoming a punitive Wild West.

“Given the eye-watering set of powers in the Coronavirus Act, it’s terrifying to consider what else could happen if this law is persistently misused.”

– It was revealed this week that 39 fines wrongly issued to children by police in England between March 27 and April 13 for alleged breaches of coronavirus lockdown rules were being withdrawn. The law does not allow fixed penalty notices to be issued to under-18s.

– Marie Dinou, 41, was wrongly fined £660 under the Coronavirus Act after she was arrested at Newcastle Central station by British Transport Police.

– A 21-year-old man was wrongly convicted and fined £60 under the Act and the charge has since been set aside, after PA raised the case with the Metropolitan Police.

– Another case of a 15-year-old boy is being “re-examined” by the CPS.

– Greater Manchester Police apologised after a man was threatened with spray and arrested as he dropped off food for vulnerable family members.

– South Yorkshire Police also apologised for a “well-intentioned but ill-informed” exchange in which an officer appeared to tell a family they were not allowed to play in their own front garden.

– And Cambridge Police insisted they were not monitoring what people are buying from supermarkets following comments by an “over-exuberant officer” on non-essential shopping aisles.

“The police are admitting their mistakes after repeated questioning from journalists.

“However, there remains a concerning lack of acceptance of responsibility from the CPS, which is overseeing many wrongful prosecutions and convictions.

“Also some police still do not appear to be complying with the National Police Chiefs’ guidance that the issuing of fines or instigation of a criminal prosecution should be an absolute last resort.

“Police actions actually might be adding to risk of spreading the coronavirus, contrary to the whole purpose of the emergency regulations.”

A Commons Home Affairs Committee report published on Friday found that the overall police response to Covid-19 restriction of movement powers has been “proportionate and effective”, but urged forces to continue to address and correct errors quickly “so that public trust is maintained”.

National Police Chiefs’ Council (NPCC) chairman Martin Hewitt told reporters this week that there have been a “very small number” of errors but that “tens and tens of thousands” of encounters with the police have been appropriate.

He said the new laws came in at “great speed” and police officers are “trying to do their best in very, very difficult and unusual circumstances.”

“We will say sorry if we got it wrong,” he said.

“Of course there have been mistakes and I think we have been very quick to come forward when we have made mistakes.

“But I would like to think that the public would have some recognition of the fact that this is legislation that came in at high speed a few weeks ago, is highly, highly unusual, and we are having to adapt to that across the whole of the service.”