How an ancient civilisation ended up on a rock 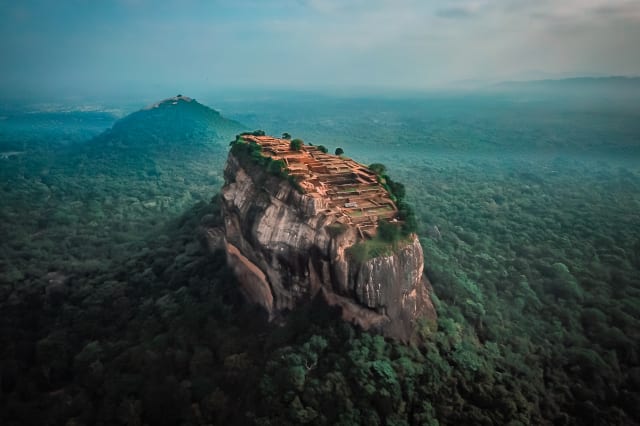 A fifth-century Sri Lankan king seeking protection from his violent and power-hungry brother ended up building a fortress in the sky that survives to this day.

According to Lonely Planet, the ancient site is called Sigiriya, and it rests on a plateau on top of almost vertical rock walls.

Despite its lavish nature, Sigiriya was eventually abandoned and became completely covered by the trees that grew around it.

It's since been rediscovered, cleared, and made accessible to visitors.