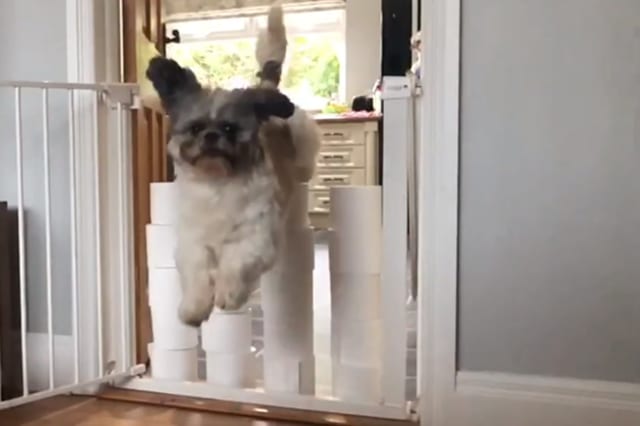 Ann Mcsorley, from Belfast, entices her pooches with some food before watching them launch themselves over the columns of toilet roll.

Ann said: "I decided to film it during lockdown for fun. We loved it and so did the dogs who received treats for their efforts."

As well as capturing a series of successful leaps, the video also features a hilarious blooper reel.