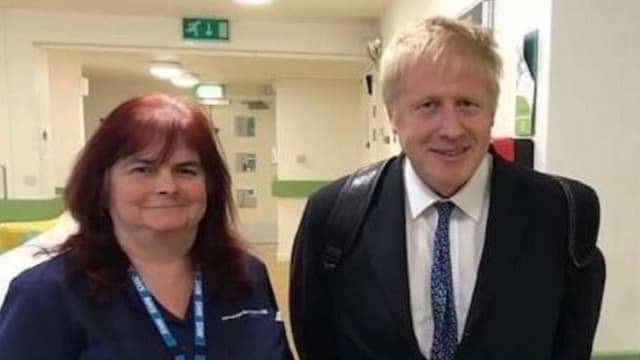 The daughter of a nurse who died after contracting coronavirus has said she wants to use funds raised to support her family to buy protective equipment for other health workers.

The mother-of-four, who worked as the matron on the mental health ward at Hillingdon Hospital, was described as “an example to every one of us” for her kindness and hard work.

Her 18-year-old daughter Freya said the unit had to adapt to accommodate coronavirus patients, with her mother stepping up to work longer hours to provide care and support.

But her “fantastic” mother started to feel breathless, vomit and developed a temperature, and she ended up in hospital where she died.

“It literally killed her in a week,” Freya said. “It took a week from the start of the symptoms to when she passed away.”

Freya explained that she last saw her mother two days before she died, with only her father allowed to visit at the end.

“I wanted to see her, I wanted to say goodbye, that wasn’t possible because of the coronavirus,” she said.

Close neighbours and family friends Tracy Woods and Marie Wright set up a Gofundme fundraising page to support Freya, her siblings and her father Gary.

Freya said they were all “absolutely shocked” and “extremely grateful” that more than £11,000 has been donated so far.

After sorting out rent and bills, she insisted she wanted to help buy Hillingdon Hospital some more personal protective equipment (PPE).

“I think I would be extremely happy to know that I was part of the reason of being able to help somebody else’s life,” she said.

“I don’t want someone to be in the position that I’m in at the moment. I want to be able to help save people.”

Freya explained that her mother had been “stressed” at having to “fight” for equipment for her colleagues.

“They did have enough but… when she went to the patients she had to wear the same mask because she couldn’t keep changing it, there wasn’t enough to do that. They had to stick with the equipment that they had,” Freya said.

“They had to also lend out equipment to other wards.”

Freya said she was irritated at seeing examples on social media of people breaking social distancing rules during lockdown.

“I don’t think people understand how serious this coronavirus actually is. It clearly is and I’ve just lost my mum from it,” Freya said.

She praised the efforts of the NHS and Government to respond to the virus but suggested Prime Minister Boris Johnson, who her mother once met on a visit to her hospital, should have introduced the lockdown earlier.

Remembering her mother she said: “All I want to do is make her proud.

“My message to the children of health workers is spend as much time with your parents as possible.

“I didn’t realise how much my mum meant to me before she was gone.”

Bradley Walsh: Why I had to lose weight

Michael Ball: The theatre industry feels ‘forgotten’ in the pandemic

The Beckhams celebrate 21 years of marriage

National Gallery shows art lovers what to expect on reopening