The NHS workers who have died during the coronavirus outbreak 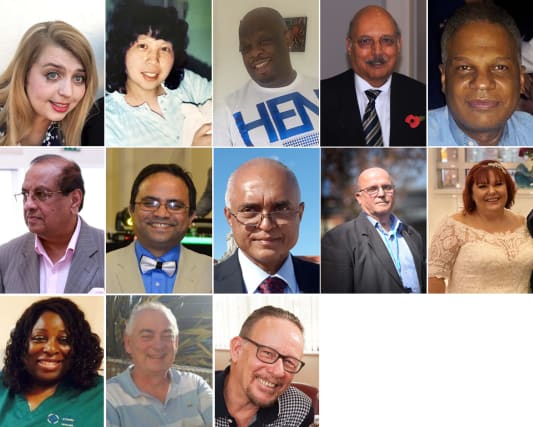 Downing Street says there has been “significant progress” in efforts to improve testing of frontline NHS workers, but criticism surrounding the protective equipment they are provided with persists.

The Government has confirmed 19 deaths amongst those working for the health service, but announcements from NHS trusts and tributes from loved ones indicate the true number is higher still.

Aged 45, Oscar King Jr, a Filipino porter at the John Radcliffe Hospital in Oxford, passed away on April 11. He was said to have worked for the hospital for more than a decade, “always doing his job with great enthusiasm and joy”.

A “highly regarded” associate specialist in cardio-thoracic surgery at the University Hospital of Wales, Mr Rathod died on the morning of April 6.

Aintree University Hospital said the staff nurse died on Friday April 3, with her family describing the loss as “simply beyond words”.

The Mail On Sunday reported that the 27-year-old nurse – who treated coronavirus patients at Watford General Hospital – died after a shift on Friday April 3.