Third of surgeons do not have adequate protective equipment, survey finds 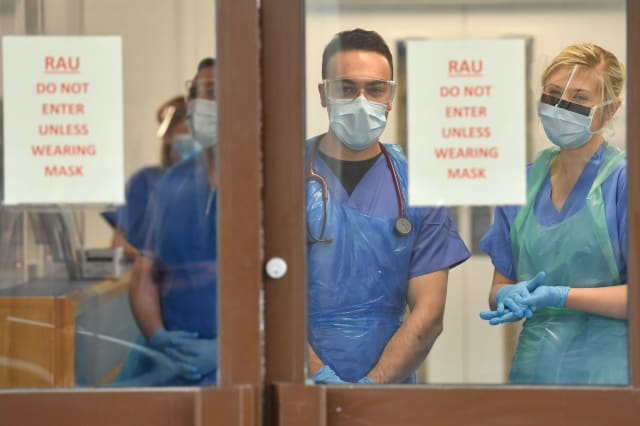 A third of surgeons and trainees across the UK do not believe they have an adequate supply of protective equipment to do their job safely, new research has found.

A survey of nearly 2,000 surgeons and surgical trainees, published on Sunday, also found that 57% said there had been shortages of personal protective equipment (PPE) at their organisations in the last 30 days.

The survey, carried out by the Royal College of Surgeons (RCS), also found that 72% of respondents believed widespread testing of the population would be necessary before the UK lockdown could end.

The RCS figures showed a wide regional variation in surgeons’ experience, with more than half in the Thames Valley saying they now have access to adequate PPE compared to about a third in the North West.

In London 33% of respondents said they did not believe their NHS trust had an adequate supply of protective equipment.

The college warned that accessing protective equipment should not be a postcode lottery.

Its vice-president Sue Hill said there was still a lot more work to do to get an adequate supply of equipment to the front lines.

She added: “Things are going broadly in the right direction with fewer surgeons telling us there is an inadequate supply of PPE in their trust now, than over the past month.

“But progress in this fast-moving crisis feels painfully slow.

“PPE supply should not be a postcode lottery – the most acutely affected areas need more kit, fast.”

While the college welcomed the new guidance on PPE issued by NHS England at the beginning of the month, Miss Hill said it was “meaningless” if the kit did not reach the front line.

The survey also found that more than half of respondents said they were sceptical about getting tested for Covid-19 themselves if they needed one.

Confidence in testing was lowest in the East of England where 75% of surgeons said they believe they would not get access to a test.

Miss Hill said: “It’s welcome that the cap on staff testing for Covid-19 has been lifted in the past few days, but surgeons and trainees working at the coal face do not yet have confidence in the country’s capacity to test even NHS staff, let alone the wider population.

“PPE and testing go hand in hand – you need good access to both to keep everyone on staff as safe as possible through this crisis, and to keep hospitals functioning.”

Your dog will love this smart crate