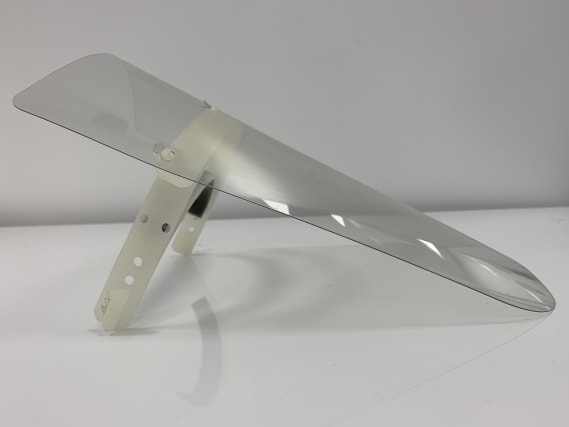 Companies behind Cadbury chocolate and Lego are among a number of businesses manufacturing visors for frontline workers.

The visors will be made using 3D printing technology normally used to make chocolate sculptures at the food manufacturer’s factory in Bournville, the home of Cadbury, in the West Midlands.

Louise Stigant, UK managing director at Mondelez International, said: “I’m extremely proud that our research and food engineering teams have come up with a creative way to repurpose our chocolate making skills and technology, so we can make and print parts for the medical visors.

“By working in partnership with 3P and other businesses we can scale our operations and help protect those who are working so hard to protect us and beat coronavirus.”

3P innovation has already delivered the first visors to a Warwickshire NHS clinic and will be scaling up its operations, with the aim of making and delivering up to 10,000 units every week.

Tom Bailey, managing director at 3P Innovation, said: “We have now set up the production line and the finished products are on their way to end users.

“Thanks to the generous support from Mondelez, we have purchased an injection moulding tool which is set to make a huge difference to the volumes we can produce.

“We are now looking for ongoing funding, which is essential to make sure we can continue to purchase components and run the production lines.”

Printing business Ricoh 3D, based in Telford, Shropshire, is also in discussion with NHS trusts across the country to produce thousands of face shields a week.

Work has already begun on making the reusable visors with 250 delivered to New Cross Hospital in Wolverhampton on Thursday.

Ricoh said that it can ramp up production to make 40,000 visors a week.

Mark Dickin, additive manufacturing and moulding specialist at Ricoh 3D, said: “Our site is uniquely set up to take a product from concept to prototype to serial production, and that is exactly what we have done here in a very short timeframe.”

Meanwhile, Toy giant Lego has announced it is making medical visors for doctors and nurses.

It said six of its moulding machines in its factory in Billund, Denmark, is producing the safety masks for Danish health authorities.

Lego said it can deliver 13,500 visors daily, which can grow to 58,000 a day within two weeks to meet growing demand.

While the operation is still in the early stages, Lego said it is considering expanding production in other factories around the world.

It comes after the British Medical Association warned doctors’ lives were being put at risk by a lack of personal protective equipment, with some medics describing the current provision as “useless” in a recent survey.

The news follows the announcement by Jaguar Land Rover which commenced production of reusable visors for medical staff on April 3, with the aim to produce 1,300 each week.