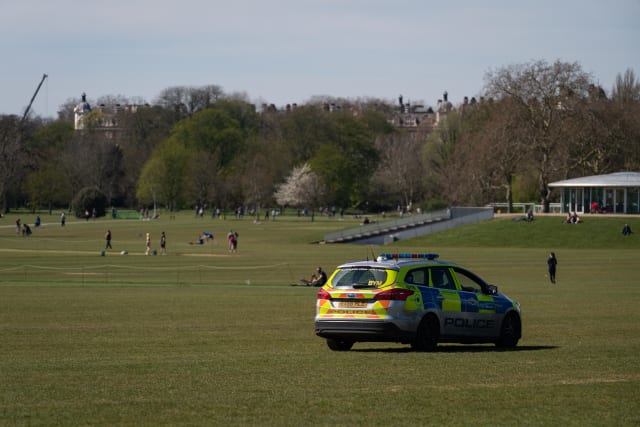 A group of up to 30 men ran from officers policing the coronavirus lockdown after they were caught playing cricket in a London park.

A video posted online shows the men fleeing from officers. Some pick up items of clothing from the grass as they run away, while others appear to leave their belongings behind.

Kensal Green police said officers had been tasked with dealing with “people not following Government rules” and branded the behaviour of the group “ridiculous” on Twitter.

A message said: “20-30 males playing cricket and running away after seeing police.”

Another post on Wednesday read: “We still cannot believe what we found in the park yesterday… These people clearly don’t care about the NHS, but will be the first to complain about our great NHS staff when they end up in hospital with coronavirus.”

Police have been given new powers to break up gatherings and fine people breaching restriction of movement rules under the Health Protection Regulations 2020.

The Coronavirus Act allows officers to remove or detain a “suspected infectious person” for screening and assessment with “reasonable force” if necessary.

Hassan Adnan, 33, appeared at Westminster Magistrates’ Court on Wednesday charged under the Coronavirus Act and with common assault of a police officer.

The court heard Adnan, of no fixed abode, was with a group of others in the borough of Westminster when he coughed towards a police officer and refused to leave the area as instructed.

He pleaded not guilty to both charges and is due to appear at Southwark Crown Court on May 6 over the alleged assault, while the other matter will be dealt with at the magistrates’ court later.