People who refuse to leave public spaces will be forced to, police chief says 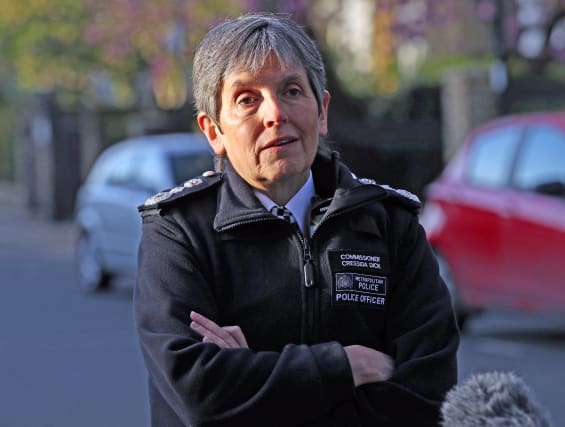 People who refuse to leave public spaces during the current lockdown, when asked by police, will be forced to do so, the Met Police Commissioner has said.

Following news of people going against restrictions and sunbathing in parks, Dame Cressida Dick said the public will be encouraged to abide by the rules and, if necessary, asked to move on.

She said breaking the rules on gatherings can result in enforcement.

“The new restrictions are obviously difficult for some members of the public to get used to,” she said.

“It’s extremely important that we all do try to comply with them and we in the police of course have our part to play.

“We will always try to advise people to explain, to encourage people to comply and if necessary to move on, not to stop and sunbathe – that’s not exercising or travelling to work or shopping.

“If we have to we will be very firm in that, if somebody completely refuses – but this is an absolute last resort – it will result in enforcement.

“I think the vast majority of the public expect us to do that but the tradition of the Met is always to start by advising people.”

She declined to comment on whether tighter restrictions were needed, but said: “The Met will stand by and be ready to assist whichever direction they go in whenever that is.”

Dame Cressida said there have been instances where people have coughed and spat at others, including police officers, while claiming they have “corona”.

“It’s completely unacceptable, we will deal with it very firmly,” she said.

“Some people have been convicted and received very strong sentences for spitting or coughing at a police officer.”

She did not reveal how many officers were off sick or self-isolating, but said the Met was providing a good service for Londoners.

She added: “Some of our demands have gone down and of course we have some other new demands, but we are a strong and resilient organisation.”