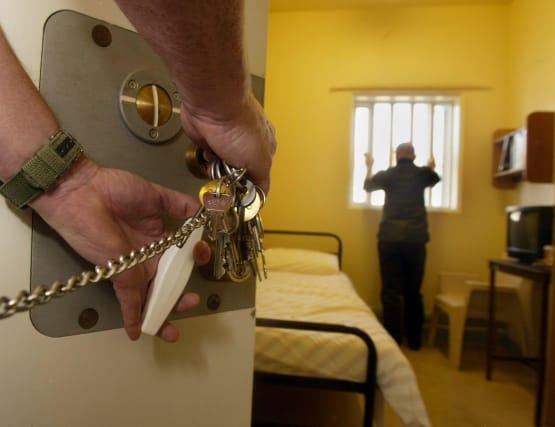 Some prisoners who will be risk-assessed and are within two months of their release date will be temporarily released from jail in an effort to try and control the spread of coronavirus, the Ministry of Justice (MoJ) has announced.

The selected low-risk offenders will be electronically tagged and temporarily released on licence in stages, although they can be recalled at the first sign of concern.

It is seen as a way to avoid thousands of prisoners, many of whom share cells, from becoming infected.

The move comes as 88 prisoners and 15 staff have tested positive for Covid-19.

No high-risk criminals – such as those who have been convicted of violent or sexual offences, anyone who is a national security concern or a danger to children – will be considered for release.

Prisoners who have not served at least half their custodial term will also not be among those who are released.

The MoJ also said no offender convicted of Covid-19-related offences, including coughing at emergency workers or stealing personal protective equipment, will be eligible.

Lord Chancellor and Justice Secretary Robert Buckland QC said: “This Government is committed to ensuring that justice is served to those who break the law.

“But this is an unprecedented situation because if coronavirus takes hold in our prisons, the NHS could be overwhelmed and more lives put at risk.

“All prisoners will face a tough risk assessment and must comply with strict conditions, including an electronic tag, while they are closely monitored.

“Those that do not will be recalled to prison.”

The MoJ also said no prisoner would be released if they have symptoms of coronavirus or without housing and health support being in place.