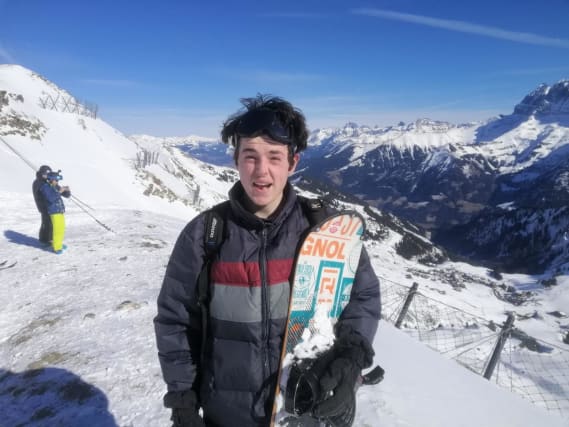 A “heartbroken” mother is holding a vigil in the front garden of her home for her 16-year-old son, who is thought to have left his home more than a week ago to walk 280 miles to be with his girlfriend.

Owen Harding went out from the family home in Saltdean, near Brighton, East Sussex, on March 26 after telling his mother, Stella, that he was going to look at the sunset.

The teenager has not been seen since and his friends believe he may be trying to walk to visit his girlfriend, Meg Rhodes, who lives in Pocklington, near York, after he was unable to travel by train because of the Covid-19 lockdown restrictions.

Ms Harding, who is keeping a fire going in her garden as a symbol of hope, said: “I’m sitting by the fire every day and using all the resources within me to help cope with Owen not being here.

“This is so out of character for him. He had given me a really sweet Mother’s Day card and we are all desperately worried for him.”

She added: “Owen and Meg are very close, and she is a lovely girl. They are so sweet together.

“They have known each other since they were 11-years-old. Meg is sweet and kind, and obviously they have big feelings for each other.

“He was really upset that he couldn’t go by train to see her because of the coronavirus lockdown restrictions.

“He is normally very good and responsible, and hadn’t been flouting the restrictions at all, so I got really concerned and talked to friends.”

Owen was in his first year of sixth form at Varndean College, in Brighton, and plays football for local team Woodingdean Wanderers, as well as being a strong swimmer and a qualified lifeguard.

His father died aged 45 in November 2018 and the family and friends held a memorial ceremony in Goa, India, which was his favourite place.

Ms Harding said: “The death of his dad may have affected him more than he realised even though they didn’t have a particularly strong relationship. We don’t know how much that was preying on his mind.”

She added: “I keep going over things and it has been terrible not knowing what has happened.

“He could be on his way to Meg’s. I’m trying not to speculate but I’m remaining positive and holding him close to my heart. Meg and her family are distraught.

“Owen is amazing and I want him to know that so many people think that about him.”

Sussex Police have launched a search for Owen, who has not used his mobile phone or bus pass since disappearing, and ask anyone with information to call 101 quoting Operation Chartwell.