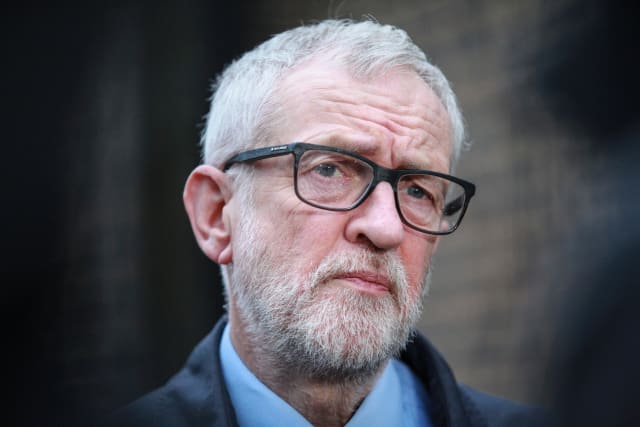 Jeremy Corbyn has said it is “ludicrous” that so few health service staff and care workers have been tested for coronavirus.

In an interview with Sky News, the outgoing Labour leader also said that if he had been elected as prime minister, he hopes that the UK would have recognised the serious of the virus sooner.

Asked how he would have handled the situation, said: “I hope we’d have started onto it more quickly and recognised the seriousness of it from the World Health Organisation warnings that were sent out in January from China and recognised that the only way you can get on top of it is by knowing how severe it is and that means testing.

“The fact that we are not yet even testing 10,000 people a day is very, very serious indeed.

“There are almost half a million (frontline) people working in the NHS and the care sector. Even they have not yet been tested. It is ludicrous. We have got to get on top of testing.”

He continued: “It has obviously been a very fast-moving crisis, we do have to bring it under control.

“Testing is a very, very important way of it, but also the superhuman efforts of people throughout the NHS to free up beds, to bring staff back, to bring retired staff back and now to open three new hospitals is wonderful and we should applaud them.

“But we shouldn’t have had 10 years of austerity when we ended up with 94% bed occupancy in the NHS and obviously a difficulty in coping because of that.”

Mr Corbyn also admitted that he was irritated by Boris Johnson’s comments that the Government’s ambition is to ramp up testing, despite the reality being different on the ground.

He said: “It irritates me a great deal when nearly three weeks ago Jon Ashworth (shadow health secretary) and I met him to raise these very points.”

Asked what the Prime Minister had told him three weeks ago, the Labour leader said: “He (Mr Johnson) said that at that time, they were testing at 5,000 a day and it was going to increase as quickly as possible.

“Here we are now all these weeks we’re not even yet reaching 10,000 a day and it’s apparently because there’s a shortage of testing equipment because the NHS was not able to purchase it when it needed to because they seemed to be running on the idea that it wasn’t necessary to test.

“It is absolutely… how can you possibly have an idea of how many people have CV (coronavirus) unless you test?”