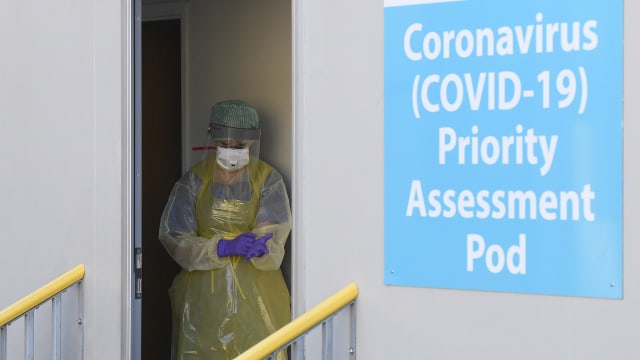 NHS bosses could have prevented “chaos and panic” in a system left “wholly unprepared for this pandemic”, the editor of a British medical journal has said.

Numerous warnings were issued to the NHS but these were not heeded, Richard Horton wrote in The Lancet.

He cited an example from his journal on January 20, pointing to a global epidemic: “Preparedness plans should be readied for deployment at short notice, including securing supply chains of pharmaceuticals, personal protective equipment, hospital supplies and the necessary human resources to deal with the consequences of a global outbreak of this magnitude.”

He said: “It failed, in part, because ministers didn’t follow WHO’s advice to ‘test, test, test’ every suspected case. They didn’t isolate and quarantine. They didn’t contact trace.

“These basic principles of public health and infectious disease control were ignored, for reasons that remain opaque.”

He added that “The result has been chaos and panic across the NHS”.

Dr Horton’s warning came as the UK saw its biggest day-on-day rise in deaths since the Covid-19 outbreak began, as Boris Johnson and Matt Hancock said they have tested positive for the virus and frontline testing of NHS workers was set to begin.

A total of 759 people have now died in UK hospitals after being diagnosed with coronavirus, while 14,500 have tested positive and hundreds of thousands more people are thought to be infected.

“But this plan, agreed far too late in the course of the outbreak, has left the NHS wholly unprepared for the surge of severely and critically ill patients that will soon come,” he said.

Meanwhile, more than 18,000 doctors, nurses and other former NHS staff have volunteered to return to work to fight the virus.

The en masse effort came after NHS England chief executive Sir Simon Stevens was forced to defend his track record heading the service, with the country’s proportion of intensive care units before the crisis among the lowest in Europe.