Who has the Prime Minister been in contact with recently? 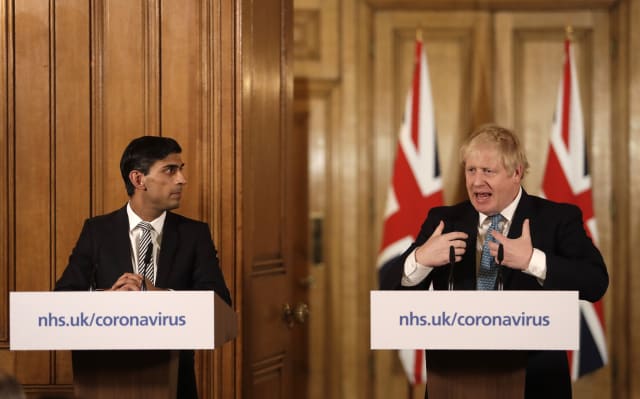 News that Prime Minister Boris Johnson has tested positive for coronavirus will raise questions about who he has been in contact with over the past few weeks.

Health Secretary Matt Hancock later revealed he too had tested positive for the illness.

Here we take a look at some of the Prime Minister’s recent meetings:

Earlier this week, the full Cabinet meeting was held via video-conference for the first time.

But before that, ministers were still meeting weekly in person.

The Chancellor, Rishi Sunak, has appeared alongside the Prime Minister in person at press conferences – although a spokesman for Mr Sunak said he had not had any symptoms and therefore had not been tested for coronavirus and was not self-isolating.

The daily briefings went digital for the first time on Tuesday (March 24), and since then journalists have been invited to ask questions via video conferencing.

On Thursday evening, Mr Johnson stood outside in Downing Street with Mr Sunak as they both joined in the national clap for NHS staff.

They stood distanced from one another outside Number 10.

The country’s top medical and scientific advisers have been integral to formulating the Government’s response to Covid-19.

The three scientists have appeared at the Downing Street press conferences, and have also been meeting other politicians and civil servants across Westminster.

Both Prof Whitty and Sir Patrick joined the PM at the press conference inside No10 on Wednesday.

It is not yet known whether either of them have been tested for the illness.

Boris Johnson last saw the Queen on March 11, according to Buckingham Palace.

A spokesman said: “Her Majesty the Queen remains in good health. The Queen last saw the Prime Minister on March 11 and is following all the appropriate advice with regards to her welfare.”

Mr Johnson has been conducting his weekly audiences with the Queen by telephone for “at least the last fortnight”.