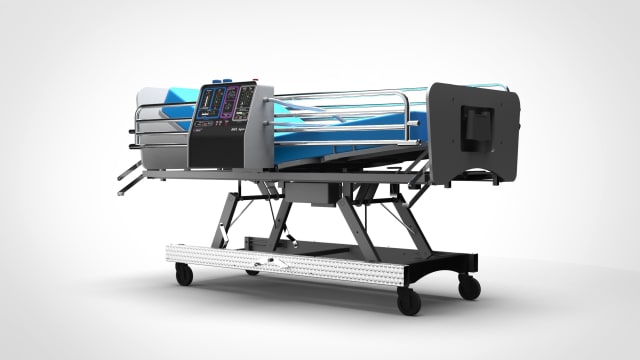 Downing Street has insisted it is doing “all we can” to secure more ventilators as the Prime Minister continued talks with industry officials on producing more for the NHS.

Boris Johnson – who has tested positive for coronavirus – had a phone call with businesses involved in the manufacturer of ventilators on Thursday evening, where he was updated on how soon more could be produced, Number 10 confirmed.

Downing Street said on Thursday that 8,000 additional ventilators had been ordered by the Government to boost the stock of 8,000 already available to the health service.

Officials said thousands more would be available in the “coming weeks”, with the peak of the virus expected to hit within the next fortnight.

On domestic efforts to produce more ventilators for the patients most severely impacted by coronavirus, the Prime Minister’s official spokesman said on Friday: “There is a real cross-Government effort going on to get these ventilators online as soon as possible.

“The PM spoke with industry again last night. We are doing all we can to make progress.”

Asked about the phone call with industry leaders, the No 10 spokesman added: “It was following up on his original call to action – it is right to stress that it was a telephone call.

“It was to get a progress report and the PM is very clear on the importance of making progress on this.

“It is the subject of a regular stock-take at the ‘war cabinet’ meetings to ensure we are doing all we can to remove any obstacles to get the ventilators online.”

Any new companies offering to make ventilators would need to have their prototype checked, Downing Street said.

The move would impact any manufacturers switching to making ventilators for the NHS, with entrepreneur Sir James Dyson emailing Dyson staff this week to say an initial order of 10,000 units had been placed by the UK Government – an announcement not confirmed by No 10.

Asked whether clinical checks could hold up such orders of extra life-saving machines, the PM’s spokesman said health regulators had deemed it “right and proper” for checks to be carried out before use on the front line of the health service.

The Government, in its drive for more ventilators, has insisted it would be keen to be involved in future European Union-led procurement efforts after blaming a communication mix-up for missing the first round.

“It is certainly something we will consider taking part in in future,” said Mr Johnson’s spokesman.

The No 10 spokesman said Downing Street was unaware of a Financial Times report about British embassies being asked to request ventilators but added: “We are making strenuous efforts to source ventilators where they are available and get them into the NHS.”