Church of England closes all buildings to prevent spread of coronavirus 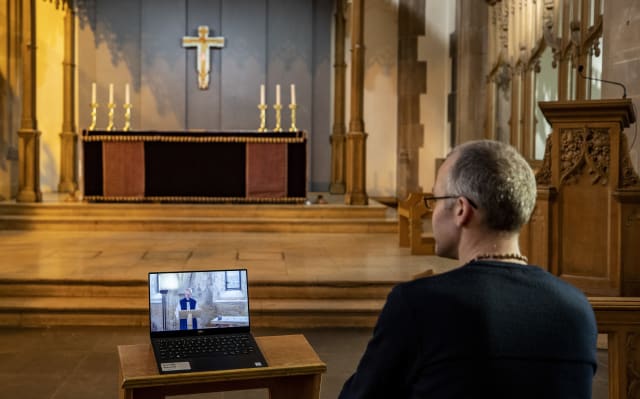 The Church of England has closed all of its buildings with immediate effect after a UK lockdown was implemented to prevent the spread of Covid-19.

In a joint letter sent to all clergy on Tuesday, the Archbishops of Canterbury and York said the decision had been made in support of the “harrowing restrictions” announced by the Prime Minister on Monday.

Announcing the lockdown, Boris Johnson said people must stay in their homes with very limited exceptions including to buy food and care for vulnerable people.

The decision by the Church of England expands on the measures from the Government which closed places of worship, with an exception for holding funerals.

The letter reads: “Following the Prime Minister’s announcement last night, it is imperative that for the health of the nation and in order for the National Health Service itself to manage the increase in those requiring medical help, the Church of England strictly observes the new guidelines.”

All churches have now been closed, including for private prayer, and clergy have been asked to place notices on doors explaining the measures.

Funerals will now only take place at crematoriums or at the graveside, and only immediate family will be allowed to attend provided they adhere to distancing guidelines.

The only baptisms conducted will now be emergency baptisms taking place in a hospital or a home.

However, the letter did state that food banks should continue as much as possible and under strict guidelines, which may include moving to delivery services rather than a place for people to visit.

The letter added: “These are unprecedented times. We are all having to get used to being the Church differently. It is not easy.”

Last week the Church of England and Church of Scotland banned mass worship and moved many of their services online, and churches in London were also closed.

The Most Rev Justin Welby delivered the Church of England’s first virtual Sunday service on March 22.

With the closures, clergy have been encouraged to live-stream worship from their own homes and were urged “to be as creative as possible” with streaming services.

They were also asked to remain in contact with their parishioners using other technology including over the phone.