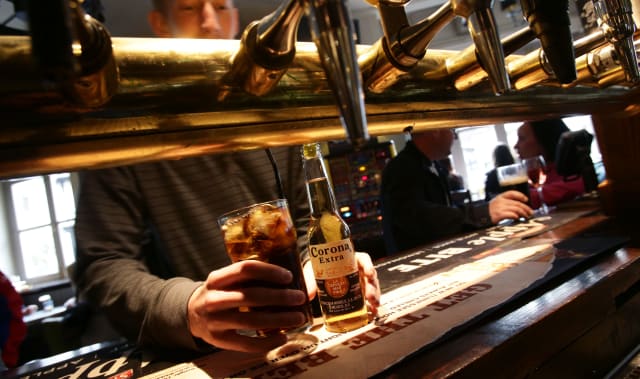 The Government’s decision to close down British pubs while helping pay staff has been met with relief by some in the industry previously trapped in “limbo”.

Publicans have been asked to close their doors as soon as they can on Friday night and not open again.

Takeaway services will still be permitted under the new measures announced by Prime Minister Boris Johnson.

The Wetherspoon pub chain, which previously said it wanted to keep premises open, said it would comply with Mr Johnson’s announcement.

Nik Antona, national chairman of the Campaign for Real Ale (Camra), said: “Whilst the pubs industry will be devastated by the decision to force closure, it is exactly the type of decisive leadership that has been called for this week as many pubs hung in limbo.

“Pubs and the wider hospitality industry now have clear instruction that closing their doors is the right thing to do and the confidence that the Government will support their staff and their business.”

Tim Foster, co-founder of The Yummy Pub Co, which runs four pubs in and around London, said the new measures were overdue but would stop his 89 members of staff being laid off.

“I’m unbelievably relieved. On Monday there was no business next Friday, which I spent 12 years building,” he said.

Mr Foster said managers had been consoling “crying” staff daily as trade plummeted and the future of the business looked uncertain.

He said closing down pubs was “absolutely the right thing to do” but admitted it would feel “horrific” to close his sites later on Friday night.

The pubs will continue to offer takeaways and deliver meals for vulnerable people, with staff also able to volunteer to help the NHS.

Mr Foster said keeping pubs open and paying staff had been a “huge moral dilemma” and something he estimated had cost the business three years worth of trade.

“The only reason that I have stayed open and trading is to protect my people,” he said.

“I felt it necessary, having not been told… to close by the Government, which they could have done a week ago.”

10 Real-Life Places You Can Experience Virtually From Your Home