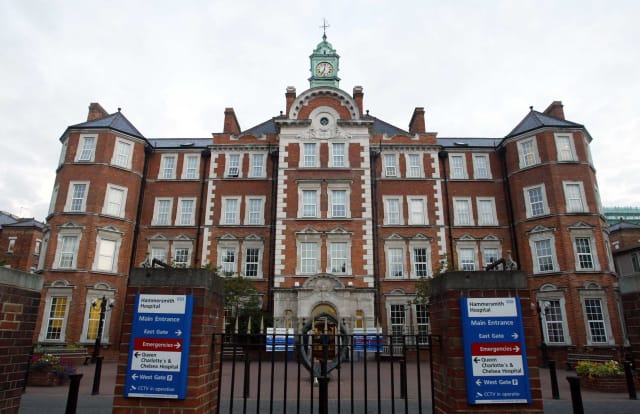 A hospital patient from London who was the second person in the world to be cleared of HIV has revealed his identity.

Adam Castillejo, 40, achieved “sustained remission” from HIV after being treated at Hammersmith Hospital, Imperial College Healthcare NHS Trust announced last year – over a decade after the first known case in Berlin in 2007.

“By publicly revealing my identity and my story I hope to help improve people’s understanding of the science and HIV generally,” Mr Castillejo, who works in the hospitality industry, said in a statement.

“I want to thank all those who have supported me on this journey particularly my medical team at Hammersmith Hospital whom without I would not be here today.”

Mr Castillejo was diagnosed with HIV infection in 2003 and developed an Aids-defining cancer, advanced Hodgkin’s lymphoma, in 2012.

In 2016, he received a transplant of haematopoietic stem cells from a donor carrying a genetic mutation in the HIV receptor CCR5, which hinders the HIV virus from entering human cells.

After antiretroviral drugs were discontinued, researchers said Mr Castillejo has been in remission for 30 months “with no viable virus in bloods, brain fluid, intestinal or lymph tissue”.

Mr Castillejo, who revealed his identity in an interview with the New York Times, is of mixed Spanish-Dutch heritage and said he is “very proud” to consider himself a Londoner.

He was head chef in a corporate dining room when he was diagnosed with cancer in 2011 while working a second job on weekends to save money for travel.

“After a couple of years the chemo became too intense and I could no longer continue to work,” his statement said.

“My life fell apart at that stage – I lost my job and I couldn’t afford my flat so lost that too.

“I am now starting again, rebuilding my life as I steadily get stronger. The journey has given me the chance to gain more knowledge and understanding about cancer research and the world beyond me.

“Now, I am looking forward to building a new path as an ‘Ambassador of Hope’ for millions of people around the world living with HIV.

“Whilst my treatment is not possible for all, I hope it will offer scientists insights that can help us on the journey to better treatment and a cure.”

Mr Castillejo said he plans to share his experiences through a podcast and his Twitter and Instagram accounts, @londonpatient and LondonPatientofficial, and said he recently began to “rekindle his passion” for cooking as a trained chef.

On March 10, a follow-up report on Mr Castillejo’s case will be presented by Professor Ravindra Gupta at this year’s Conference on Retroviruses and Opportunistic Infections (CROI) in Boston, USA – where the Londoner will share his story.

Paul Chuckle ‘on the mend’ after battling Covid-19