Number of Scots diagnosed with coronavirus up to three 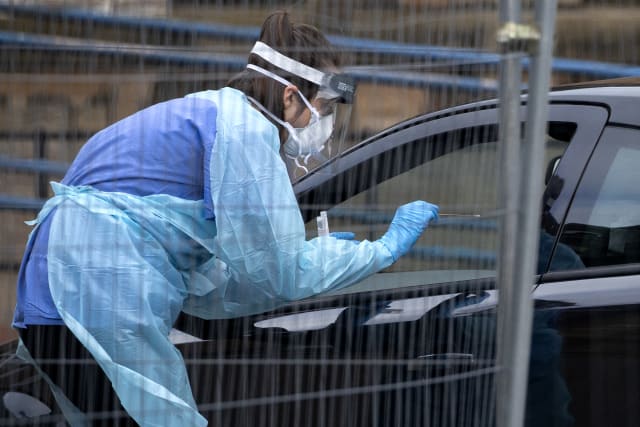 More details of the cases will be revealed later on Wednesday, she said, after officials were informed overnight that the disease had spread.

The first case saw a person in the Tayside area diagnosed with Covid-19 on Sunday evening.

The Scottish Government has warned that as many as 80% of the population could become infected by the virus, with potentially 4% of this group requiring hospital treatment.

But Ms Freeman said: “Not all of those people will require hospital treatment at the same time.”

She said the Government was looking at capacity in the NHS and “what more we can do now in order to create additional headroom inside the health service”.

Consideration is also being given to how to increase capacity in areas of the NHS such as high oxygen therapy for patients, Mr Freeman said.

Meetings are also taking place with local government leaders at Cosla to see what can be done to ensure patients do not have to stay in hospital longer than is needed because they are waiting for care arrangements.

The Health Secretary said: “There is more than we need to do, we still have too many people not leaving at the point when the hospital has finished delivering clinical care.”

She spoke after figures published on Tuesday showed that the problem of delayed discharge had reached a new high.

In January there were 1,640 patients whose discharge had been delayed, a rise of 11% from the same month a year before and the highest total since revised data definitions came into place in July 2016.

Ms Freeman has already told MSPs that emergency legislation could be introduced to support efforts to deal with the coronavirus.

This could allow the Scottish Government to take “extraordinary” action, such as making vaccinations compulsory for healthcare workers.

The emergency legislation, which is expected to be passed in Westminster later this month, will also waive some regulations to make it easier for former NHS Scotland staff to return to their old jobs to ease the pressure on the health service.

Ms Freeman told MSPs on Tuesday that the new powers reflected the “extreme seriousness of the challenge we now face”.

She said: “The emergency legislation will, for example, allow temporary lifting of some requirements of registration to allow former NHS staff to return to work should they be needed and should they wish.

“The Bill will also enable us to require the mandatory vaccinations for health and social care workers – the flu vaccine – if we consider that the spread of the virus may continue into next year’s flu season.

“Given the projections of staff absences and the pressure on the NHS, we may wish to do all we can to protect both the workforce and patients.”

Scientists Mixed Mentos And Coke On A Mountain For Research

Livestreams to Make You Feel Like You're on Vacation

Is Expired Tea Safe to Drink?

Is The Coronavirus Pandemic Forcing You To Live Off Credit Cards? Here's How To Deal

This study proves that being lazy could help you live longer