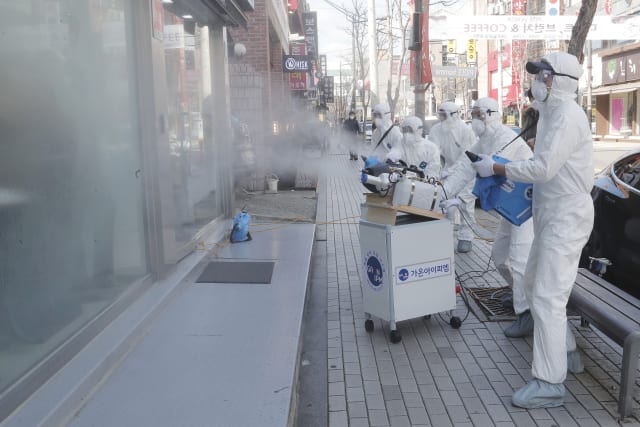 Coronavirus has spread from Wuhan in China to countries across the world, with more than 80,000 confirmed cases and nearly 3,000 deaths worldwide.

There have been 15 confirmed cases in the UK so far following 7,132 people being tested.

The latest two cases had the virus passed on in Italy where around 400 people have been infected with 12 deaths, and Tenerife where more than 160 Britons have been told to isolate themselves at a hotel where four guests tested positive.

Eight of the confirmed UK cases have been discharged from hospital.

The UK Government said that people returning from Hubei province in China, Iran, lockdown areas in northern Italy, and special care zones in South Korea in the last 14 days should immediately self-isolate at home and call NHS 111.

It also said that those returning from Vietnam, Cambodia, Laos, Myanmar and northern Italy above Pisa should self isolate if they show symptoms.

– What else is the Government doing to tackle the spread of the virus?

Health Secretary Matt Hancock has said the NHS is looking to extend home testing to expand the number of people that can be screened for the virus.

Some flu patients will also be assessed for coronavirus, with officials hoping this will spot any spread and put preventative measures in place.

Public Health England has put the new system in place in eight NHS hospitals across the country while around 100 primary care sites, such as GP surgeries, will also participate in the new scheme.

Although several schools have sent pupils home over fears of Covid-19 contact, including Prince George and Princess Charlotte’s primary school, Thomas’s Battersea, Public Health England’s general advice is for them not to close.

Pupils at Burbage Primary School in Buxton, Derbyshire, were told the school would be closed on Thursday due to a “confirmed case of coronavirus amongst our parent population”.

– Is anyone benefiting from the outbreak?

– Is this a pandemic?

The World Health Organisation (WHO) no longer officially declares a pandemic, but says coronavirus remains an international emergency.

Under the old system, a pandemic was declared when a new disease spread to several countries and showed sustained transmission between humans. Some experts say this is obviously happening with coronavirus.

WHO has said it will start using the term pandemic in communications once it believes pandemic level is reached.

– What will happen if there is a pandemic?

Health leaders have said that if coronavirus becomes a global pandemic, then there were a number of contingency plans in place to halt its spread.

But he stressed the actions would depend on the scale of the outbreak and he was confident health services could cope with the current activity.

More severe cases can cause pneumonia, severe acute respiratory syndrome, sepsis and septic shock which can lead to death.

The jury is still out on this one, although scientists believe there is evidence of asymptomatic transmission. The Department of Health has said it believes the risk of catching coronavirus from someone with no symptoms at all is low.

The UK Government says that based on current evidence most cases appear to be mild and that those who have died in Wuhan appeared to have pre-existing health conditions.

The World Health Organisation has said that about four in five people who contract the virus get mild symptoms and recover.

But it added that older people or patients with pre-existing medical conditions such as high blood pressure, heart disease, or diabetes are more at risk of developing serious illness.

How to Survive Working from Home with Your Partner