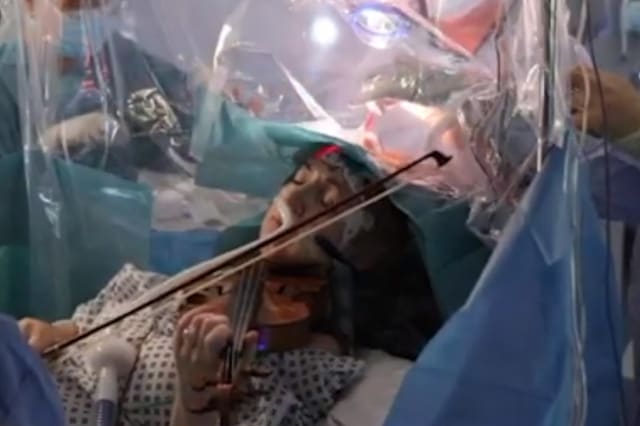 This spectacular video shows a musician playing her violin as her brain tumor is being removed by surgeons.

Dagmar Turner's medical troubles began in 2013 when she was diagnosed with a slow-growing tumour, after she suffered a seizure while playing with the Isle of Wight symphony orchestra.

In November 2019, doctors decided they would need to operate.

During the operation, surgeons encouraged her to play her violin in order to avoid damage to the area of brain she uses while playing her instrument.

See the remarkable footage in the video above.

Here's How Soil Gets Its Peculiar Smell