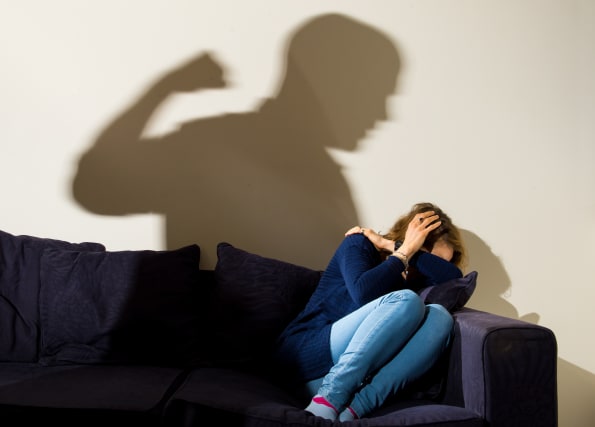 Women who have survived domestic abuse are more likely to die from any cause compared with the general population, new research suggests.

Researchers found that over the course of their study domestic abuse survivors were 44% more likely to die than those who had not experienced the abuse, but the reason was not clear.

Scientists also identified an increased risk of developing conditions such as cardiovascular disease and type 2 diabetes in those who experienced domestic abuse.

However, they said more research is needed to determine what other factors specifically lead to an increase in their mortality risk.

Domestic abuse – physical, psychological, sexual, financial and emotional abuse – is thought to have been experienced by one in three women globally, and about one in four women in the UK.

Using medical records from UK GP surgeries between 1995 and 2017, the team from the Universities of Warwick and Birmingham identified 18,547 women with a recorded code relating to exposure to domestic abuse.

These were matched to 72,231 women similar in terms of age, body mass index, deprivation level and smoking status, who did not have such an experience recorded.

Both groups were followed and the risk of of developing cardiometabolic illness and all-cause mortality was calculated.

Researchers found the risk of developing cardiovascular disease was increased by 31% and type 2 diabetes by 51% in the exposed group.

They further found that all-cause mortality among women exposed to domestic abuse was 44% higher.

While the team were not able to confirm the reason for this, they said it may be partly explained by the increased cardiovascular risk.

However, they added that it was important to note that, during the study period, the number of patients who died was relatively few – 948 out of a total cohort of 91,778 – likely due to the age at cohort entry being 37.

The adjusted relative risk increase was 44%, with the absolute risk of death being six per 1,000 women per year in the exposed cohort.

This compared with 3.1 per 1,000 women per year in those without such a record in their medical notes.

Lead author Dr Joht Singh Chandan, from Warwick Medical School and the University of Birmingham’s Institute of Applied Health Research, said: “As further in-depth detail of the traumatic experiences is not available in these records it was not possible to assess whether the severity of domestic abuse was associated with a different risk impact.

“It is important to note that not all cases of domestic abuse go on to develop adverse health outcomes, but from this study we can see that, within this dataset, the cohort of women recorded to have experienced domestic abuse are at a greater risk than those without such records present.”

He added that not every woman experiencing domestic abuse will go on to to develop a long-term illness.

Researchers said this means many of those not coded as exposed to domestic abuse may have actually experienced some abuse.

If this is the case, then it would suggest that the displayed results may be an under-estimation, the study suggests.

Better linkage and data-sharing between public services, such as the NHS and police, could help inform GPs to further support the mental and physical health needs of their patients who have experienced domestic abuse.

Take A Sniff. Here's How to Tell If Your Sunscreen Has Gone Bad

This robot sterilizes your bed