Mistaken negative coronavirus test for Briton due to ‘language barrier’ 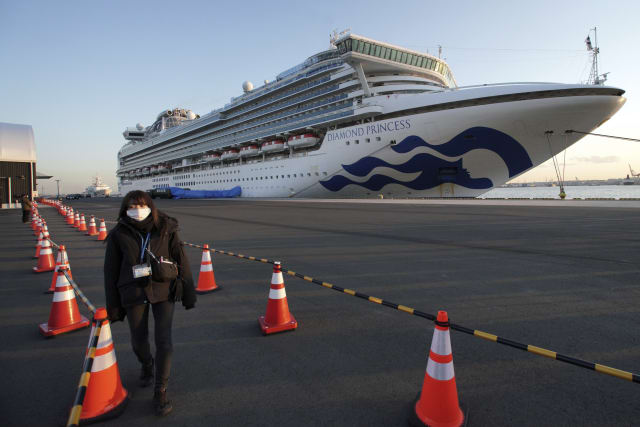 A British honeymooner diagnosed with coronavirus has said a language barrier meant he mistakenly believed he had tested negative for the disease.

Alan Steele, who was taken to hospital from a quarantined cruise ship off the coast of Japan last week, said a second test has now come back negative and he will be released from quarantine if a third does the same.

“Seems that my 1st test was positive and I misunderstood due to language barrier,” Mr Steele posted on Facebook.

“Anyway 2nd test showed negative so a third test is now been done. I need 2 negatives to be freed so all crossed on 3rd test.”

Mr Steele had on Wednesday posted “great news” that he had received a negative result for the virus.

On Thursday, the Japanese health ministry said 44 more people on board the Diamond Princess have been diagnosed with coronavirus, now also known as Covid-19.

The ship is carrying more than 3,500 passengers, including Mr Steele’s wife, Wendy Marshall Steele, and officials say a total of 218 people of the 713 tested have been infected.

The vessel has been quarantined at Yokohama Port since February 3.

British couple David and Sally Abel, who remain on the ship, said they have been given the option to leave and continue their quarantine ashore if they test negative for the virus.

In a video posted on Facebook, Mrs Abel said: “The Japanese health authorities have said if anyone tests negative, they will be given the option to either stay on board and continue their quarantine on board, or they could go to a Japanese housing unit or something and do it there.

“But for us, if that was the case for us, we’re obviously going to be better off language-wise staying on board than we are if we go into some sort of facility run by Japanese.”

Mr Abel said passengers will be given the option to finish the quarantine on land or go back on board, adding that they have both opted to return to the ship.

The couple, who are celebrating their 50th wedding anniversary, told ITV’s Good Morning Britain they fear being separated if only one of them tests positive for the virus.

Mrs Abel said: “My biggest fear is we are going to be tested in the next couple of days because of our age. They’ve done over-80s, now they’re going to do over-70s.

“We have been together 50 years and, if one of us is infected and the other one isn’t, we will be separated.

“And that I don’t particularly relish.”

On Wednesday, Steve Walsh, the businessman at the centre of the UK outbreak of coronavirus, was given the all-clear and discharged from hospital.

A woman in London became the ninth person to test positive for the illness in the UK on Wednesday evening.