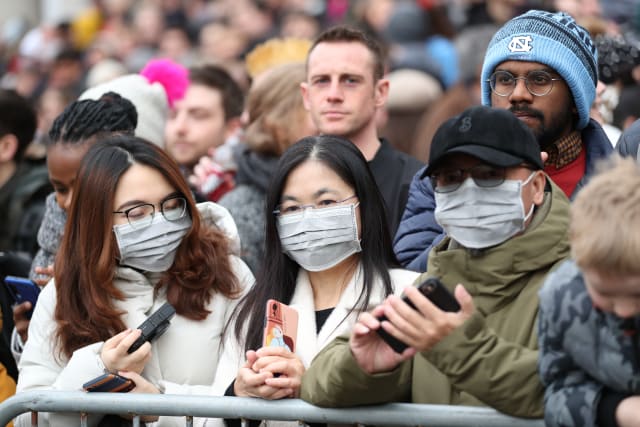 More than 50 people have now been tested for coronavirus in the UK, according to the Department of Health, although all tests have returned negative.

As of Sunday afternoon, some 52 people across England, Wales, Scotland and Northern Ireland have been tested for the deadly flu-like virus.

The current risk to the public remains low, the department said, adding that the Government is continuing to monitor the situation closely.

Britons trapped in the Chinese province at the centre of the outbreak have been urged to leave the area if they are able to do so.

Home Secretary Priti Patel said the Government was “looking at all options” to help Britons leave Wuhan following reports that officials have been asked to examine the logistics for an airlift from the city.

It comes as spectators celebrated Chinese New Year in central London, which mark the start of the Year of the Rat.

Authorities in China have cancelled a host of events marking New Year as they expand their lockdown against the virus.