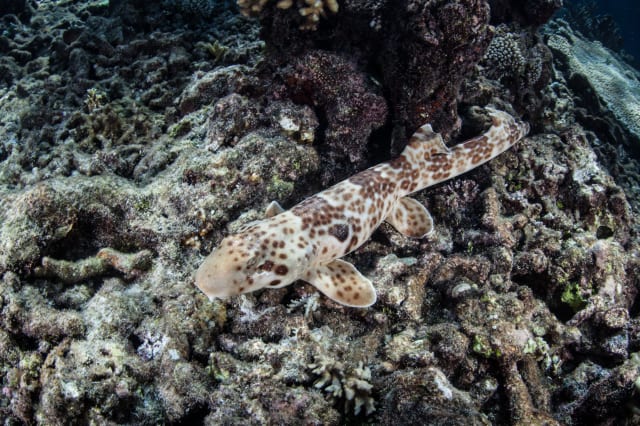 Scientists have released footage of a new tropical shark species using its fins to walk along the seabed.

While the idea of a shark that can walk as well as swim may fill you with terror, there's really nothing to worry about.

The recently discovered species are fairly small and feed on nothing bigger than crustaceans and tiny fish.

Research from Conservation International has also revealed that these little fishes are the most recently evolved shark species on Earth.

See how they get around in the video above.