UK property: 15 most expensive houses sold in the last year 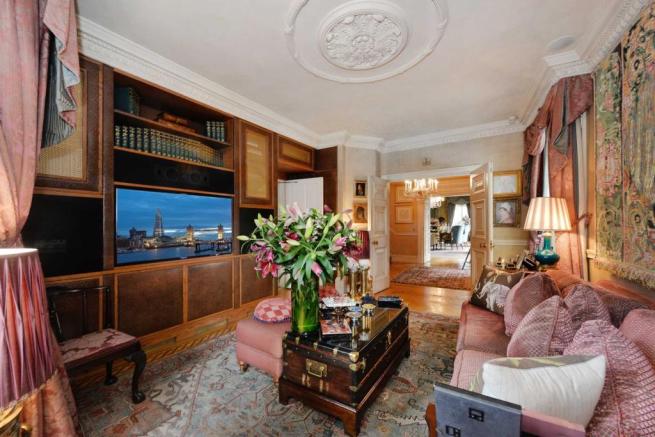 With the recent news that a Knightsbridge mansion overlooking Hyde Park is to be sold for a record-breaking £210m ($274m), some of the UK's other priciest properties have been revealed.

Data from regulated property buyer Good Move found some of the most expensive house sales across the nation in the last 12 months.

Unsurprisingly, the capital was home to the most expensive house sold in the last year. Excluding the recent Knightsbridge sale, this sprawling Belgravia mansion (main picture), a stone's throw from Hyde Park, was among London's priciest houses. Sold for a cool £25.5m, the property boasts 11 bedrooms, two roof terraces and lift access to all floors.

Not far from Birmingham's city centre, this gorgeous mansion in Edgbaston sold for £4,725,000. Featuring eight bedrooms, a huge garden and an indoor swimming pool, it's easy to see why.

Selling for £3.6m, this property features a seven-bedroom main house, a separate coach house with two further bedrooms, as well as several other stables and outbuildings spread over seven acres of land.

With seven bedrooms, a home gym and a tennis court, this £3.2m property was the most expensive sale in Leicester in the last 12 months.

A stunning five bedroom farmhouse with its own dedicated bar and games room, a tennis court, an indoor swimming pool and 48 acres of grounds, this home was Sheffield's most expensive sale of the year, at £3,050,000.

Located in Gosforth, this mansion sold for £2,757,000, making it the most expensive Newcastle sale of the last year. With an all-weather tennis court, five bedrooms and a huge extension offering even more living space, its hefty price tag is perhaps no surprise.

Located in Chilworth, a village just outside Southampton, this luxurious property boasts seven bedrooms and a dedicated cinema room. Selling for £2.2m, it tops Southampton's costliest sales of the last year.

With five bedrooms, five reception rooms, a pool, a steam room, a gym and a spa, this house is worth every penny of its £2,070,000 price tag.

Selling for a cool £1,850,000, this sprawling seven-bedroom stately mansion was the most expensive residence bought in Glasgow in the last 12 months.

With six bedrooms, this detached house sold for £1.4m. Located in the affluent suburb of Worsley, it was the most expensive property sold in Manchester last year.

This four-bedroom bungalow features mid-century interior fixtures and boasts over two acres of grounds. In the sought-after location of Ruddington, it sold for £1.2m.

On the outskirts of Leeds, this luxurious three-storey property fetched just shy of seven figures at £990,000.

A grade I listed manor house with five bedrooms, this 17th century property was restored in the 1990s but keeps its traditional feel. Featuring two acres of grounds, it sold for £950,000.

The most expensive property to sell in Wolverhampton, this farmhouse boasts eight bedrooms and cost £940,000 when it was sold.

"It's always exciting to look at these luxurious properties but, no matter how big or small, we all need somewhere we can call home," Ross Counsell, director at Good Move, said.

"What's really interesting is noticing the price differences across the nation and seeing how much more, or how much less, similar properties might be worth, depending on where they are in the country."