She wowed in an elegant white silk gown on the red carpet at the SAG Awards on Sunday night.

Now Jennifer Aniston, 50, has revealed the great lengths she went to in order to ensure her John Galliano for Dior gown - which also featured stunning fishtail detail - did not crease. 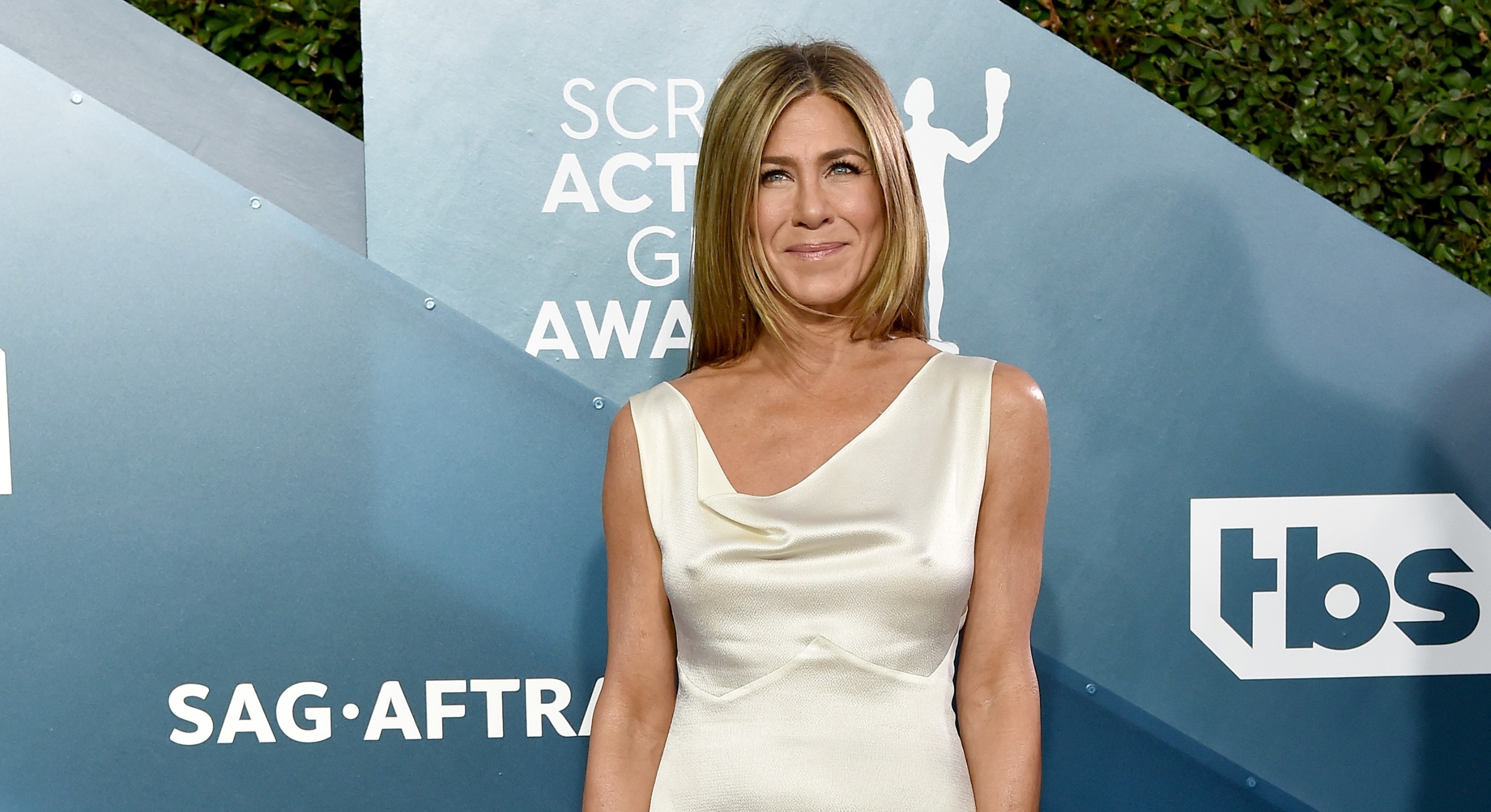 In a post on Instagram, the actress shared two images from the evening - during which she won a gong for best female actor in a drama for hit TV series The Morning Show.

The first picture showed the hilarious way in which she achieved "no wrinkles" travelling by car to the glamorous event in Los Angeles.

Sitting in a vehicle, the former Friends star can be seen leaned back awkwardly in her reclined seat to keep her outfit as smooth as possible.

The second image depicted her dress slung over the side of a luxurious bath tub beside her award statuette and a pair of black strappy heels on the bathroom floor.

Captioning the snaps, she wrote: "No wrinkles... harder than it looks!

"Somewhere between these two photos, my peers gave me a gift I will cherish and a night I will never forget.

"Thank you @sagawards, @themorningshow, and our incredible cast and crew. Let's get back to work!"

The post has received more than five million 'likes' and over 27,000 comments.

As well as her gorgeous dress, Jennifer was also a talking point from the evening due to her friendly backstage encounter with ex-husband Brad Pitt.

Consequently, many comments on her pictures - particularly the second snap - related to the actor, who also picked up an award for best supporting actor for Once Upon A Time... In Hollywood. 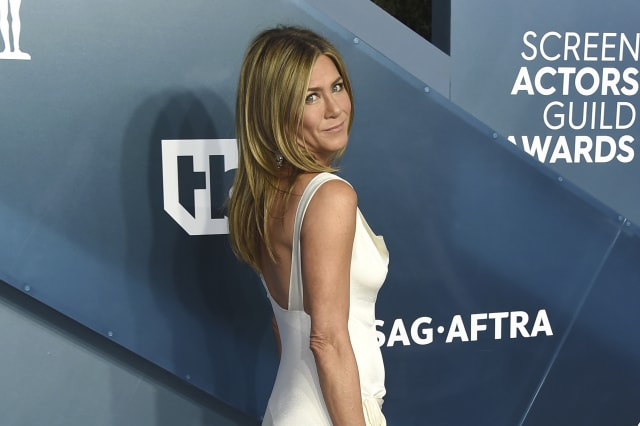 One person wrote: "Congrats! And you are a total babe!!"

Another commented: "Only traveling like this from now on."

A third shared: "I know you have a guest I mean a huge Hollywood star guest."

And a fourth added: "You and Brad have fun last night? I hope so!"

Jennifer has accumulated 24.8m followers on Instagram since joining the social media site in October.

She marked her debut on the platform by sharing an image of herself together with her five fellow Friends co-stars, including close friends Courteney Cox and Lisa Kudrow.

The Duke and Duchess of Sussex gained one million followers in just six hours when they launched their joint account in April last year.

However, Jen surpassed that feat, gaining the same number of followers in just under five hours and 45 minutes.